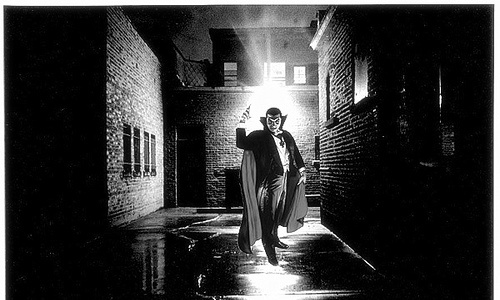 (PCM) Many believe that the origin of Count Dracula can be linked to an area of Romania known as Transylvania, which is believed to sit upon some of Earth’s strongest magnetic fields and some feel that it gives individuals who reside in the area various types of extra-sensory perceptions.

The area gave birth to famous author Bram Stoker’s “Dracula”, as Dracula is literally translated in Gaelic as Drac Ullah meaning bad blood. It is easy to get lost in the lore when traveling through the area, as it is filled with dense forests and long winding roads. Stoker’s “Dracula’ was published back in 1897 and still continues to sell till this very day. To research his immortal tale, Stoker immersed himself in the history, lore and legends of Transylvania, which he called a “whirlpool for the imagination.”

Count Dracula, a fictional character in the Dracula novel, was inspired by one of the best-known figures of Romanian history, Vlad Dracula, nicknamed Vlad Tepes (Vlad the Impaler), who was the ruler of Walachia at various times from 1456-1462.

It was not until 1924 when Count Dracula was first depicted as wearing a Bela Lugosi-style cape/tuxedo combo when the book was adapted for London stage. It was the best way to make it obvious that the Count was charming and sophisticated from a distance.

The look for Count Dracula was a hit and has become a incredibly recognizable character throughout the history of popular culture. There have been various takes on the vampire aesthetic over the years and of course in Hollywood.

The original 1924 caped/tuxedo clad Count Dracula will always be a number one choice when it comes to a look for the character and will always be one of the most popular costumes come the Halloween season.

The post The Legend Of Count Dracula And The Character We Know Today! appeared first on Pop Culture News.