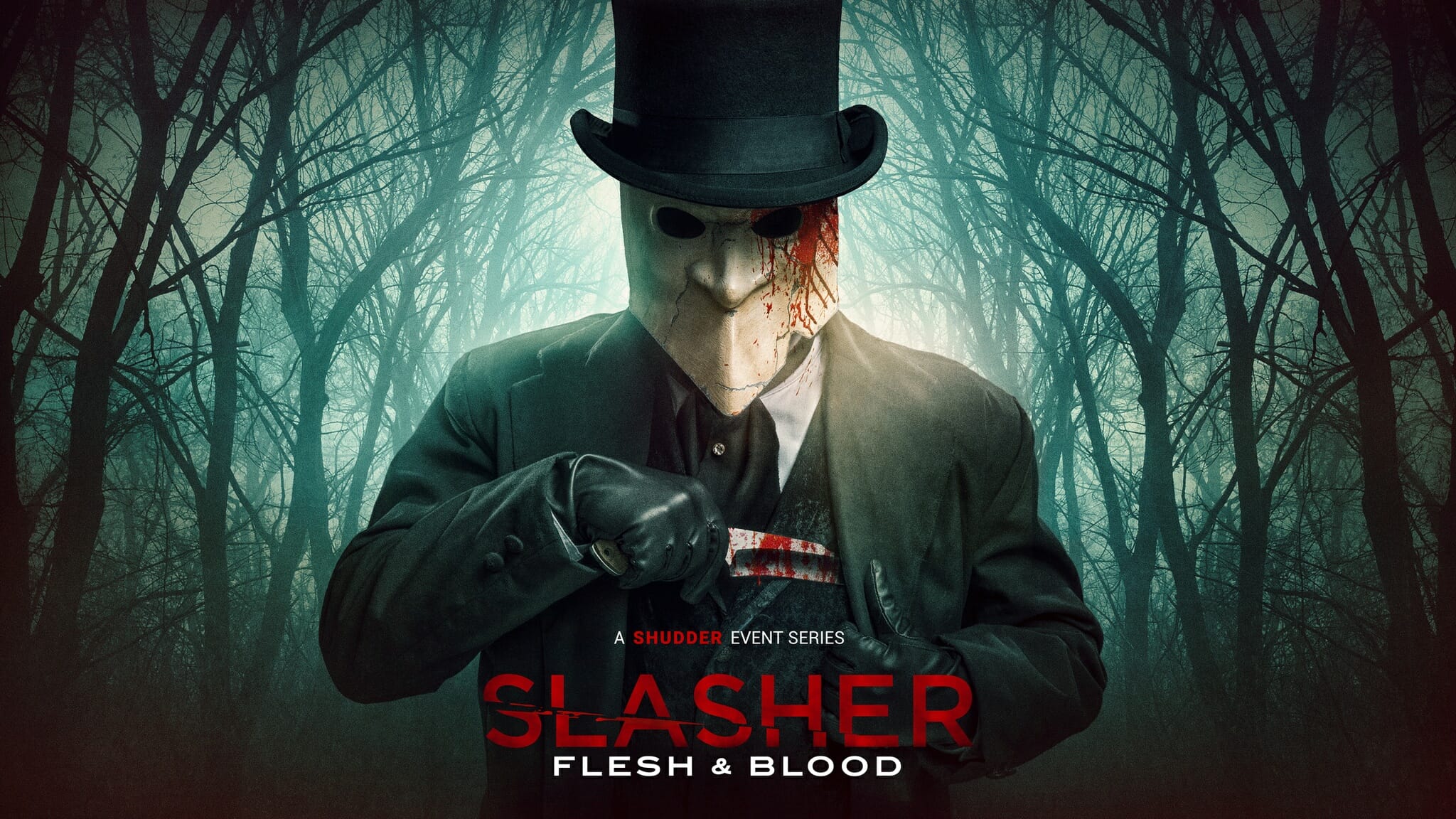 Slasher is a Canadian-American horror anthology series that premiered all the way back in 2016. The series was created by Aaron Martin. Each season of Slasher is centered around a masked killer with an unknown motive for killing their victims. An eight episode season four will premiere on Shudder on August 12th.

Slasher: Flesh & Blood follows a wealthy but dysfunctional family that gathers for a reunion on a secluded island only to learn they’ll be pitted against one another in a cruel game of life and death, all while being stalked by a mysterious masked killer. Nothing is what it seems, and no one is safe as the tension- and the body count- ratchets up. As with the past installments of the series, Slasher: Flesh & Blood will combine elements of traditional murder mystery with the intense horror and bold kills that audiences have come to expect.

Check out the official trailer for Slasher: Flesh & Blood below and be sure to tune into Shudder for the premiere on August 12th:

The post Slasher: Flesh & Blood Is Coming To Shudder appeared first on Age of The Nerd.