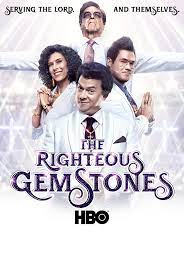 The Righteous Gemstones are coming back to HBO. The highly anticipated second season premieres this Sunday. The comedy series follows a famous dysfunctional family of televangelist. The series was created by Danny McBride who is no stranger to comedy. McBride famously starred in Eastbound and Down and Vice Principals which both aired on HBO.

In the first season  “Baby” Billy Freeman played by Goggins is brought into the family business in order to lead their newest shopping mall-based megachurch. Concurrently, Jesse is blackmailed by a trio of masked figures who threaten to release a scandalous video documenting the lewd behavior of him and his best friends at a private party.

The second season of the show premieres this Sunday on HBO. Check out the official trailer for season 2 below:

The post The Righteous Gemstones Are Back With A Season 2 appeared first on Age of The Nerd.