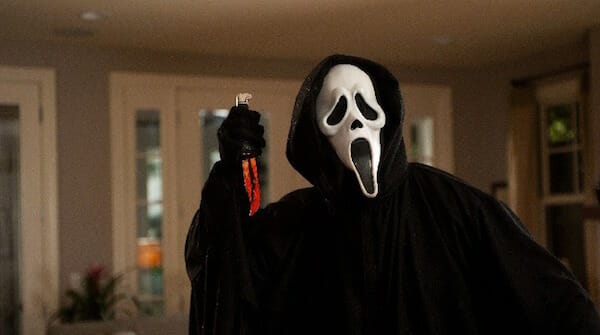 Spyglass Media Group, LLC (“Spyglass”) and Paramount Pictures announced today they have given the greenlight to move forward with the next installment of “Scream,” the relaunched horror franchise whose positive reviews from critics and fans alike propelled it to the #1 spot in its box office debut on January 14, 2022.

Principal photography is slated to begin this Summer.  Keeping with “Scream” tradition, plot details are under wraps.

Vanderbilt and Busick said, “Is this real life?  Getting to collaborate once again with our friends on the next installment of the ‘Scream’ story is more than we could have hoped for.  We are overwhelmed that we get to continue to play in the sandbox that Kevin and Wes created.  It is, as Ghostface would say, an honor.” “We have become a big family and are eager to continue telling stories in the wonderful ‘Scream’ universe,” said the Project X Entertainment partners.

The post A New Scream Film Is In The Works And Will Re- Team The Filmmakers Behind The Latest Hit appeared first on Age of The Nerd.