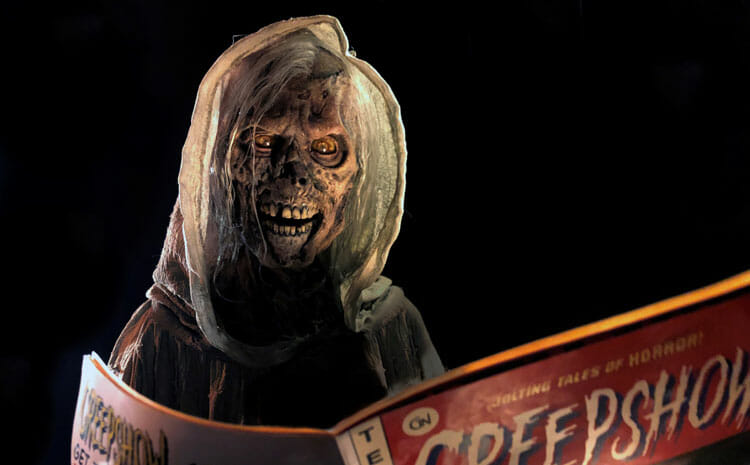 Shudder’s record-breaking series Creepshow, executive produced by showrunner Greg Nicotero (The Walking Dead), is based on George Romero’s 1982 horror comedy classic and brings to life a series of vignettes, exploring terrors ranging from murder, creatures, monsters and delusions to the supernatural and unexplainable.

Heralded as “an irresistibly macabre package,” (Slant Magazine) and “an undeniable love letter to all generations of horror fans,” (CBR), the series has, over three seasons, been one of the most watched programs on Shudder and begins production on its new installment this spring. Creepshow is produced by the Cartel with Monster Agency Productions, Taurus Entertainment, and Striker Entertainment.

No actors or stories have been announced for season four of Creepshow, but looking back at past season, Nicotero has the goods to deliver something horribly satisfyingly. Stay tuned here for further details in the coming months for more info on season four.

The post Creepshow Will Return For A Season Four appeared first on Age of The Nerd.