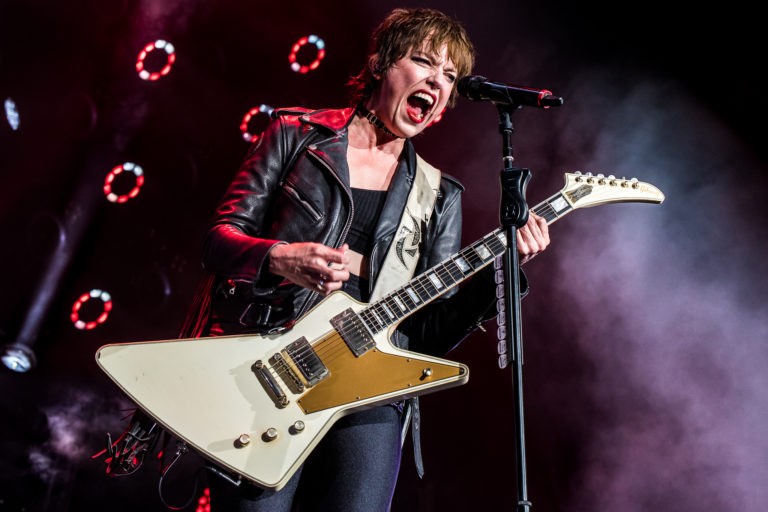 The co-headlining run begins on July 8

Halestorm and The Pretty Reckless have announced a summer co-headlining run. The tour begins on July 8 in Detroit, MI and wraps up on August 12 in Norfolk, VA. Very special guests for the run will be The Warning and Lilith Czar. The trek includes stops at Rock Fest in Cadott, WI and the Delaware State Fair in Harrington, DE.

Tickets go on sale this Friday, April 1 at 10am local time HERE.

“To add to the summer heat – we are blazing a path through the U.S., reuniting with our dear friends The Pretty Reckless and Lilith Czar,” Halestorm said in a statement. “But wait, there’s more – we are incredibly excited to bring some new friends with us, The Warning!” If you are not hip to their noise…that’s about to change! Come join us for what will arguably be one of the most epic tours of the summer!”

“I am so thrilled to be heading back out on the road with our good friends in Halestorm this summer,” Lilith Czar said. “Our last tour together was an experience like no other and something I will never forget. I’m also very excited to be opening up for The Pretty Reckless, a band I’ve always admired and been a huge fan of and to get to meet and know the incredible ladies in The Warning. The comradery women show each other in the rock scene has proven to be unmatched. Always fixing each other’s crowns and lifting one another up. I’m so grateful to Lzzy, Taylor and everyone in the bands for sharing the stage with me on what will most definitely be the tour of the summer! Let’s rise together and bring some hell!”

The Warning added, “We are so excited to have been invited to be part of this amazing all female lineup rock tour! Can’t wait to see you out there guys!

Halestorm’s new album Back From The Dead arrives on May 6 via Atlantic Records. Their last effort Vicious was released in 2018. The album peaked at No. 8 on the Billboard 200.

The post Halestorm, The Pretty Reckless Announce U.S. Tour with The Warning, Lilith Czar appeared first on The Rock Revival.