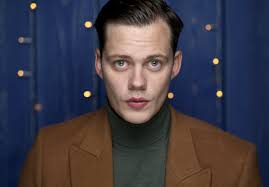 After years and years of false starts a new production of ‘The Crow’ is set to start shooting this June. Bill Skarsgard is set to take over the infamous role. Skarsgard is no stranger in visiting famous roles. He portrayed the infamous killer clown Pennywise from Derry in two films a couple years back, and did a great job at it.

The Crow is based on a comic book by James O”Barrs and was made into a film in 1994. The film reached cult status due to the performance of Brandon Lee who tragically died on set. The Crow was a pop culture masterpiece, and is still talked about to this day. The film grossed $94 million with a $23 million dollar budget, and was dedicated to Lee and his fiancée, Eliza Hutton.

Rupert Sanders who is best known for directing Snow White And and Huntsman, and Ghost in the Shell has been attached to direct this new adaption. What do you all think of this news ? Leave comments below.

The post Bill Skarsgard Set To Star In A New Reboot Of ‘The Crow’ appeared first on Age of The Nerd.