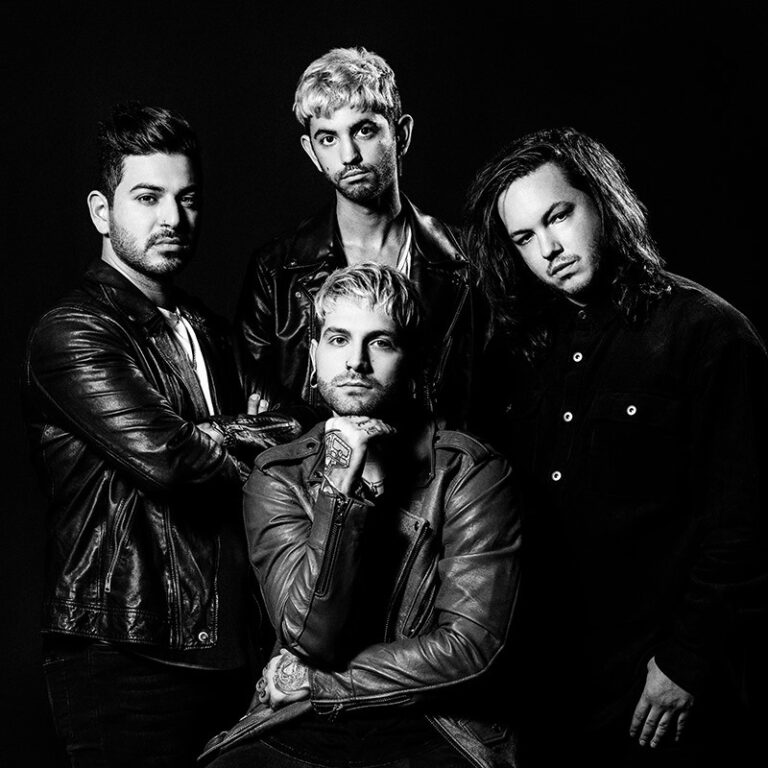 Florida rockers Fame on Fire are announcing the release of their upcoming sophomore album Welcome To The Chaos. The record is due out on July 22 via Hopeless Records. The band has also unleashed another track from the album “Cut Throat.” Stream the official music video below.

The band’s forthcoming LP showcases their musical progression and songwriting. Lyrically, it touches on topics such as addiction, mental health and heartbreak. The album was produced by Fame on Fire with additional production by Brian Howes (Halestorm, Daughtry, Skillet) on “Plastic Heart,” “Lost In Doubt,” and “Ketamine.” Fame on Fire collaborator Arcaeus also lent his production skills to the new album. Welcome To The Chaos is now available for pre-order and pre-save here: https://ffm.to/fofwelcometothechaos.

From the electronic creepy carnival ride music of “Intro” to the haunting vocal outro of “Dead or Alive,” Fame on Fire has created a follow-up to their debut album Levels that is sure to solidify their place as one of the most-exciting new bands in rock. Songs like “Ketamine,” “Robbery,” and “Rotting Away” are all sonically different and display the variety of musical influences the band has. The title track “Welcome To The Chaos” features Ice Nine Kills vocalist Spencer Charnas. To celebrate the announcement of the album, the band is releasing a music video for the track “Cut Throat.” The video for “Cut Throat” was created by longtime collaborator Roman Films along with Boardwalk Studios and can be seen here: https://ffm.to/videocutthroat.

Fame on Fire spent the last year writing and recording what would become Welcome To The Chaos. The debut single “Plastic Heart” was one of the first new songs completed from those sessions. The song is now available via all streaming platforms as well as available for digital download here: https://ffm.to/plasticheart. The band also released a music video for the new song that visualizes a relationship gone wrong – a sentiment echoed in the song’s lyrics.

Recently, the band released an acoustic version of the song.

Fame on Fire has been making new fans across North America with their busy tour schedule. Recently wrapping up a 29-stop tour with Zero 9:36 and on select Trinity of Terror Tour dates, Fame on Fire was recently announced as support opening for Starset. The tour kicks off on May 25 in Kansas City, MO and runs through June 18 where it wraps up in Fort Lauderdale, FL. The tour will make stops in Denver, Seattle, Las Vegas and Atlanta among other markets. The band was also announced as part of WRIF Riff Fest in Detroit on September 24 playing with Disturbed, In This Moment, Dirty Honey, The Violent and Eva Under Fire.

Tickets for all upcoming shows can be found at: https://www.fameonfireband.com.

Fame on Fire – Welcome to the Chaos [Hopeless Records, 2022]

# with Starset
* with Disturbed, In This Moment, Dirty Honey, The Violent and Eva Under Fire