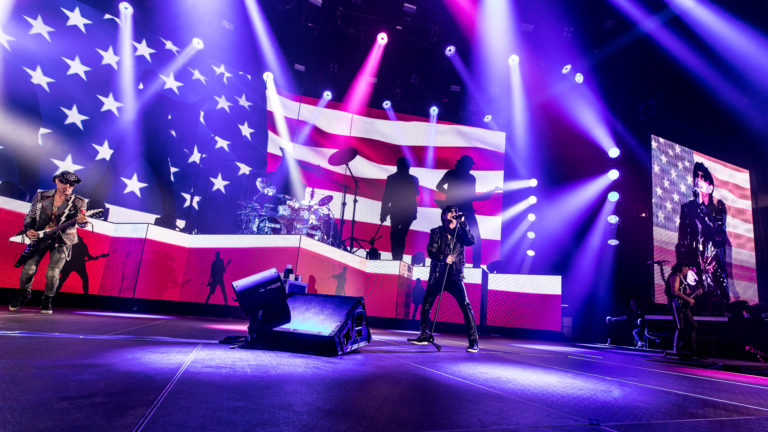 The trek kicks off in August

Scorpions and Whitesnake have announced a North American tour. The Rock Believer Tour kicks off on August 21 at the Budweiser Stage in Toronto, ON and wraps up on October 21 at the Mandalay Bay in Las Vegas, NV. Scorpions are supporting their brand new album Rock Believer, while Whitesnake are bidding fans farewell as part of their final tour.

Special guests for the run will be Swedish rockers Thundermother.

Tickets go on sale to the public on Friday, May 13 at 10am local time via Ticketmaster.com. Scorpions Rock Zone Fan Club members will have exclusive access to tickets starting Tuesday, May 10 at 10am local time. For more information and to join the fan community visit http://The-Scorpions.com/RockZone.

“After the amazing start we’ve had with our residency in Las Vegas, it‘s about time to come back for a real tour to rock the U.S. like a hurricane again. We can‘t wait to see all you Rock Believers out there,” said Scorpions vocalist Klaus Meine.

“Once again it’s time to feel the sting of the Scorpion and the bite of the Whitesnake,” exclaimed Whitesnake frontman David Coverdale. “Can’t wait!”

Scorpions and Whitesnake last performed together at a handful of shows in Australia back in early 2020.

Earlier this year in February 2022, Scorpions released their nineteenth studio album Rock Believer via Vertigo Records. The album features the songs “Rock Believer,” “Peacemaker,” and “Shining of your Soul.” Stream and download the album across all digital platforms HERE.

Whitesnake have previously announced that their current run of world tour dates will be their last. The band’s last studio effort was 2019’s Flesh & Blood. The album peaked at No. 7 on the UK Albums Chart.