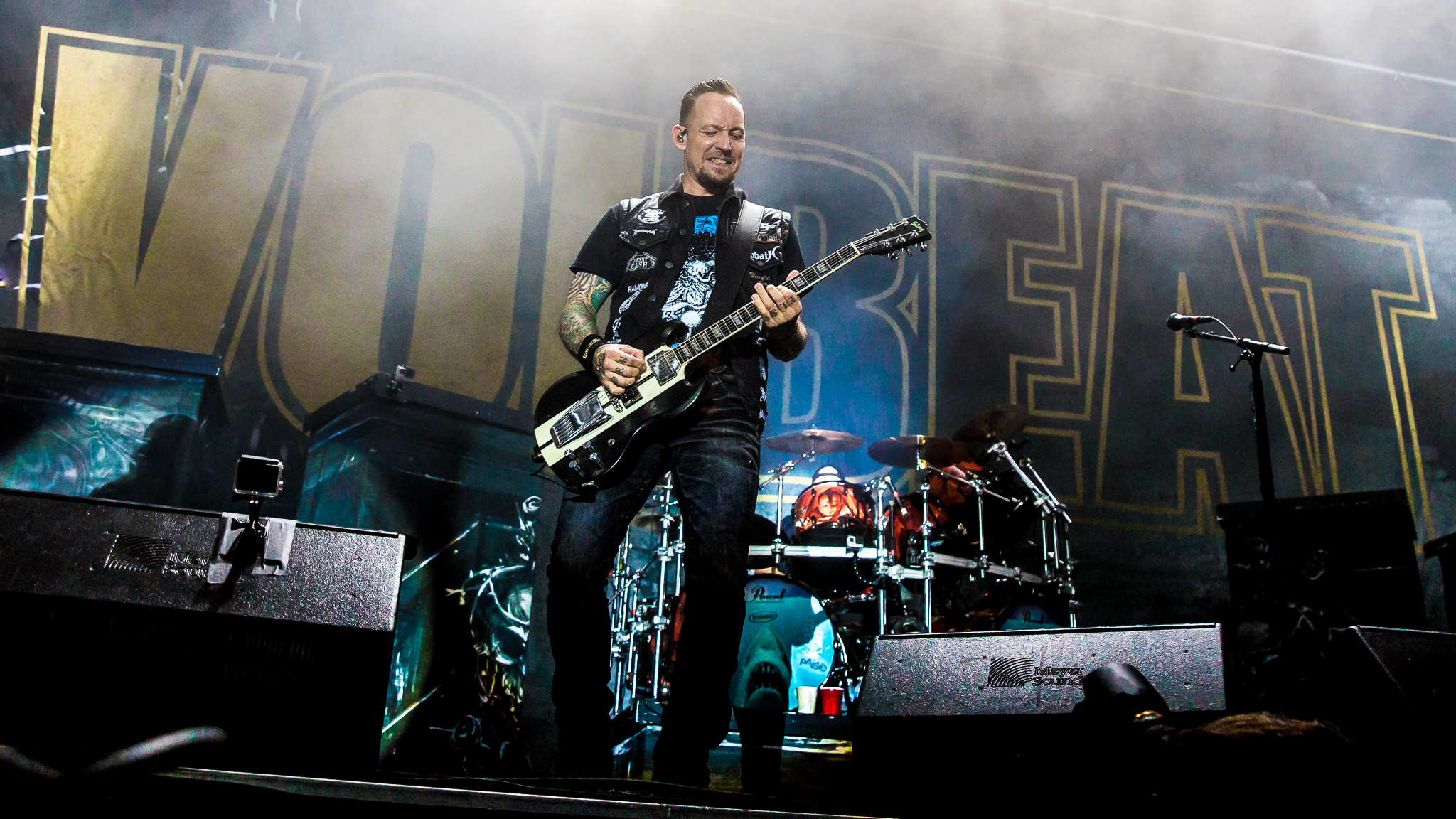 The record features live versions of songs from their latest album

Volbeat have released a new live EP titled Volbeat on the Road 2022 (UMG Recordings). The six-track collection features live versions of songs from their latest studio album Servant of the Mind. Check out the cover art and tracklisting below.

Stream Volbeat on the Road now on all platforms HERE.

Volbeat are currently trekking across Europe on their Servant of the Road Tour. Later this summer, the band have featured appearances scheduled at Nova Rock, Download Festival, Graspop Metal Meeting, Hellfest, and more. Back in March, Volbeat wrapped up their U.S. arena co-headlining tour with Ghost in Los Angeles.