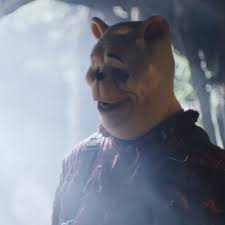 Winnie-the-Pooh the beloved Disney character is getting a change of scenery. Disney helped make A.A. Milnes characters  Winnie-the-Pooh and all his friends household names over the last several decades.  But with A.A Milnes work entering into public domain last year, a a London based production company is making our beloved character dark, very dark.

Rhys Frake-Waterfield will be making his directorial debut. The film is called ‘Winnie the Pooh:Blood and Honey and is currently in production. The cast includes Craig David-Dowsett as Winnie, with Chris Cordell as Piglet. Little is known about the storyline for the film, but from the released pictures the film should be a bloody good time.

Other films made by the production company  are The Curse of Humpty Dumpty and The Legend of Jack and Jill. So it seems they love making our childhood favorite characters into our bloody nightmares. Be sure to check back for more details.

The post Winnie The Pooh Is Out For Blood appeared first on Age of The Nerd.