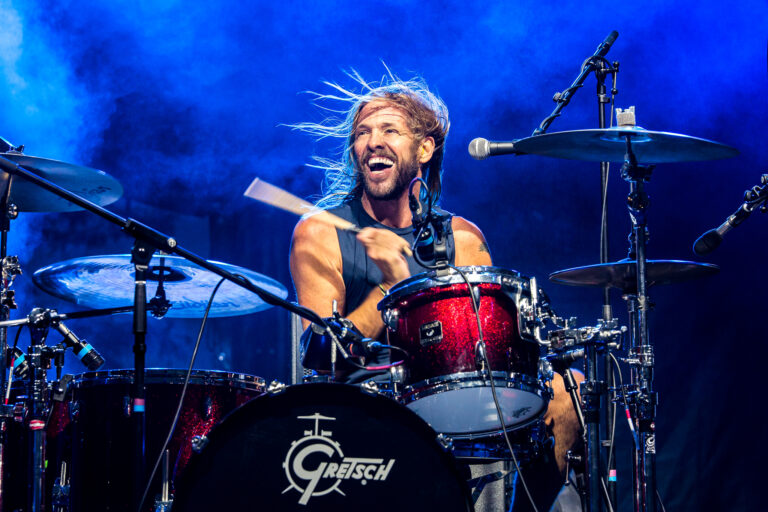 Queen’s Brian May and Roger Taylor, with whom Foo Fighters previously collaborated, will also be on hand. Additionally, alt-rock icon Alanis Morissette is slated to perform. Hawkins served as Alanis’s drummer in the early 90s before joining Foo Fighters.

Check out the full star-studded lineup below. Another show will take place on September 3 at London’s Wembley Stadium. Sign up to receive information on timings, ticketing links and on sale dates here.

Hawkins, who sat behind the kit for Foo Fighters since 1997, passed away suddenly in March at the age of 50.

Following the departure of drummer William Goldsmith during the recording sessions for The Colour and the Shape, Hawkins official joined Foo Fighters in the spring of 1997. He made his studio debut on 1999’s There Is Nothing Left To Lose (Roswell/RCA). The album peaked at No. 10 on the Billboard 200. The lead single “Learn To Fly” became one of the band’s biggest songs. The platinum-selling LP won the GRAMMY® Award for Best Rock Album, garnering Foo Fighters their first career GRAMMY® win.

Foo Fighters frontman Dave Grohl would later refer to Hawkins as his “best friend and partner in crime” in his 2021 autobiography, The Storyteller: Tales of Life and Music.

“During his stint as Alanis Morissette’s drummer, long before he became a Foo Fighter, we would bump into each other backstage at festivals all over the world, and our chemistry was so obvious that even Alanis herself once asked him, ‘What are you going to do when Dave asks you to be his drummer?’” Grohl wrote.

With Foo Fighters, Hawkins garnered a total of 12 GRAMMY® Awards. In 2005, he was voted Best Rock Drummer in Rhythm Magazine. Last year, Hawkins was inducted into the Rock and Roll Hall of Fame as a member of Foo Fighters.