The third and final season reunites the beloved Star Trek: The Next Generation crew with their incomparable leader Picard. For fans, this is a long awaited reunion. Although some STNG cast members made brief appearances in seasons 1 and 2; this is the first time Riker, Troi, Worf, La Forge, and Crusher have significant roles in the story line. It’s been 20-25 years, we are all younger and smarter, Gates McFadden stated.
As fans, we easily morph the character with the actor.  It was heartfelt to hear that for Sir Patrick Stewart, the lines between him and JLP are blurred.  He stated, “About three seasons in to Next Generation, I realized I was beginning to experience JLP to a point where I didn’t know where he began and PS left off. We were blending.” He then added, “I was trusting myself to have JL inside me, so I didn’t have to plan what would JLP do under this situation.”

The season will be full of surprises. Including a singular female villain, the antagonistic relationship between Picard and her will rival the psychological complexity of Khan and Kirk’s aversion. Returning are fan favorites Jeri Ryan (Seven of Nine) and Michelle Hurd (Raffi Musiker). Expect to see more Star Trek shows with female leadership roles, Kurtzman promised.

The third season is scheduled to premiere in 2023.

As long as you and your crew remain steadfast, you are never without hope!

This is the show’s second visit to Comic Con’s Hall H, and the attendees couldn’t be happier! The discussion was animated and hysterical due to the crew’s friendship and strong bond.  The audience was energized as the cast shared their personal “beefs” with McMahan—who knows, we may get to see Boimler Valley Raisins in a supermarket near you.

As a long-time Star Trek Universe fan, Dawnn Lewis was overjoyed to land the role of Captain Freeman.  In fact, during her audition, she pulled inspiration from Captain Sikco (Star Trek: Deep Space Nine) and Captain Kirk (Star Trek: The Original Series).
Roddenberry praised the Lower Deckers for “nailing” a Star Trek comedy, which had never been done!

Jack Quaid is proud of his character’s evolution.  Ensign Boimler was initially “very by the book,” and now he is confident and bolder.
Season 3 starts on August 25, and it will include a visit to Deep Space Nine.  Who knows, you might run into some friendly faces… McMahon is excited for fans to see the episode and the return of the “exocomp peanut.” 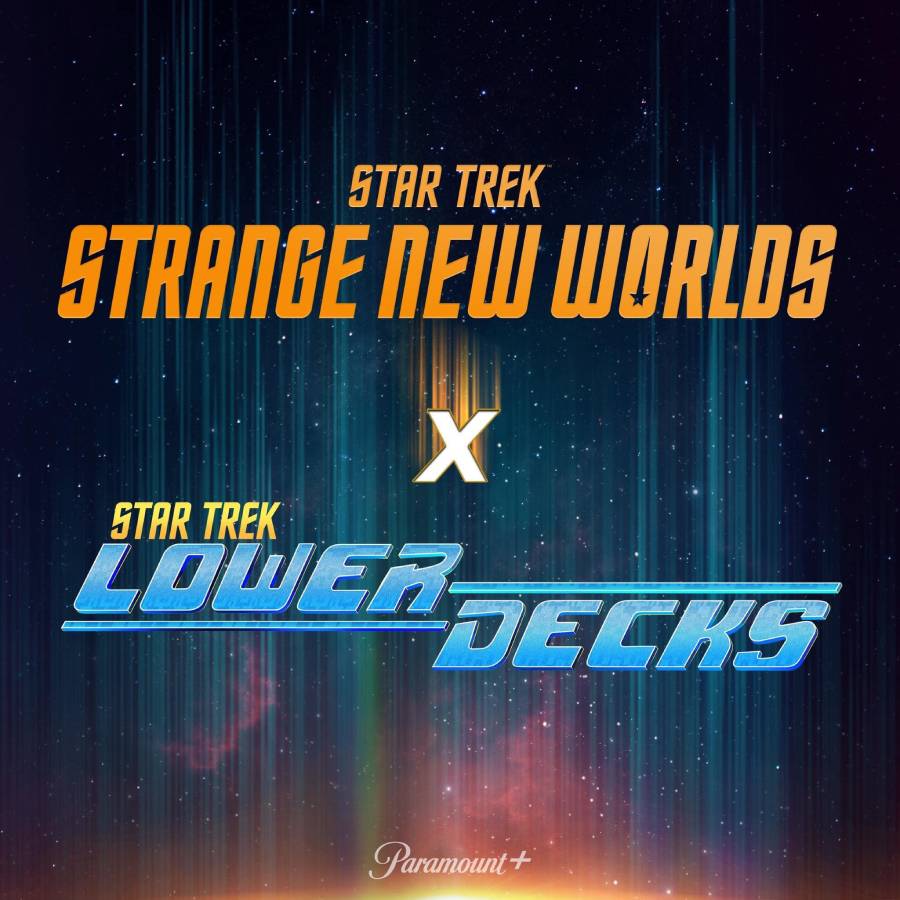 Fans of Star Trek: Discovery were introduced Mount as Captain Pike, Peck as Spock, and Rebecca Romijn as Number One. Getting the band back together alongside the larger Strange New Worlds crew has been incredible, Ethan Peck added.
Celia Rose Gooding stated that playing the iconic Nyota Uhura, originally portrayed by Nichelle Nichols, has been incredible and such a dream come true.

Coincidentally, on July 23, Paul Wesley celebrated his 40th birthday, and fans jumped on the opportunity and sang “Happy Birthday.” To his surprise, Paul was presented with a STSNW cake, which included a Captain Kirk fondant figurine. Wesley’s portrayal of Kirk received William Shatner seal of approval via tweeted.

Christina Chong plays La’an Noonien-Singh, a descendant of Khan. As a new Trek fan, she was eager to learn all about Khan and catch up with the legacy.

In season two, Spock continues exploring his humanity.  A formidable opponent within, Spock’s Vulcan side will wrestle with his human side and tap into his human emotions, which will create fundamental changes in some of his relationships.

The show’s visual effects and spectacular cinematography are due to the use of an ARWall and wide lenses. The CG environments are created before the scenes are shot, allowing the actors to be in the world instead of the actors imagining the scenes in their heads.
Star Trek Strange New Worlds is scheduled to premiere in 2023.

The post Paramount+ Star Trek Universe Continues To Boldly Go Where No Man Has Gone Before! appeared first on Age of The Nerd.