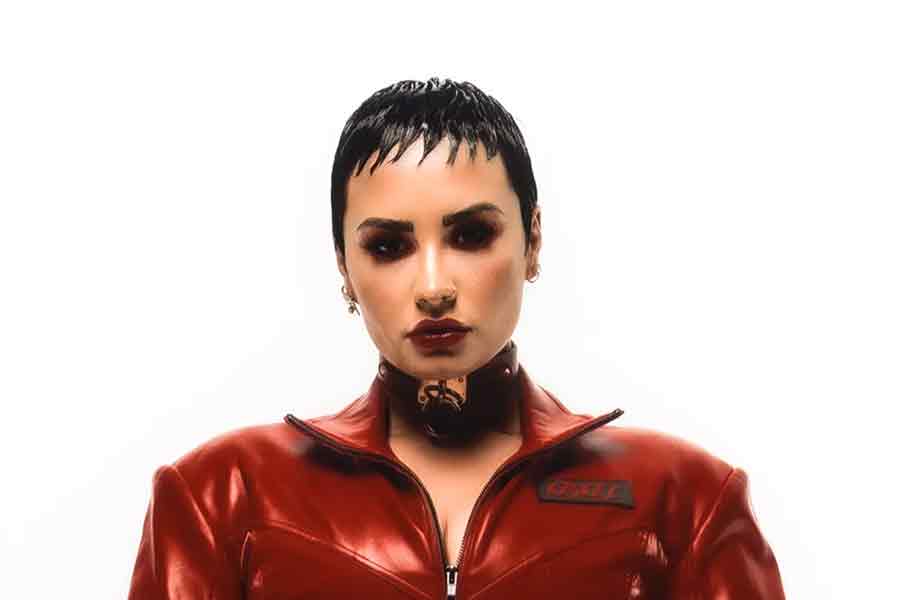 Demi Lovato has faced unimaginable challenges throughout their lifetime. Through a rocky relationship with their family, the pressures of childhood stardom, and a near-fatal drug overdose in 2018, the 30-year-old singer has actively worked to pursue a mindset and lifestyle that works best for her and their career.

Demi’s 8th studio album HOLY FVCK deals with these issues by compartmentalizing sexually charged and powerful lyrics alongside a constant pop punk and rock element throughout the album. Demi hasn’t really incorporated such a heavy sound in their music since the early years of her career, most notably in her Disney Channel days.  Though diving into this type of sound is risky for pop artists and usually culminates in what sounds like a parody of the genre, Demi showcases their gripping, uncontainable talent and proves their possession over a polarity of genres.

Multiple collaborations are seen throughout the album, from alt-hip hop star Yungblud to indie pop singer Royal & The Serpent. Demi also co-wrote the song “SUBSTANCE” with their partner Jordan Lutes, a Canadian singer who goes by the stage name Jutes. It’s refreshing to see Demi working so closely with their partner, especially in the wake of the revelation of the numerous traumatic romantic and sexual encounters that have befallen the singer. One of the most emotional songs on the album, “29” recounts an inappropriate age differential relationship Demi had with actor Wilmer Valderrama.

The lyric “17, 29” sung softly by Demi at the end of the song’s chorus, invokes a sense of innocence into her voice with just a twinge of hopelessness- a feeling so many young people feel at the hands of older potential partners. Age gap relationships have been further examined in the aftermath of the #MeToo movement, analyzing the criticality of the power dynamic that exists between an older influential person and a younger more impressionable individual. Demi has not shied away from how they’ve been treated by Hollywood, Disney, and people within that industry that have taken advantage of them.

Songs like “EAT ME”, “FREAK”, and “HELP ME” illustrate the instability of the media wanting to consume Demi’s good girl persona she was forced to portray while working with Disney and then exploit and ostracize their more sexual and adult decisions. Breaking away from Disney and obtaining autonomy over their body and queer identity has always been integral to Demi’s journey. Their continuous bravery and outspokenness are intrinsically linked to the themes of “HOLY FVCK” and are delivered in such a way that forces those who have inhibited Demi (that includes some of her fans) and have contributed to the issues they’ve struggled with throughout their entire life.

In addition to exploring this fervently relevant topic, Demi also discusses their continuous battle with sobriety and the shame they’ve dealt with in songs like “SKIN OF MY TEETH”, “HEAVEN”, and “DEAD FRIENDS”. Even with the electrifying rock influences, these songs are still heartbreaking listens but are balanced by more uplifting lyrics from songs “FEED” and “4 EVER 4 ME”. A select few songs including “4 EVER 4 ME” and “WASTED” are seemingly dedicated to Jutes and the love and support he’s given Demi.

“HOLY FVCK” is unlike any other Demi Lovato album we’ve heard before. It’s polarizing, sexy, edgy, and inspiring to people all around the world who have dealt with similar trauma and who like Demi strive every day for a better and more prosperous life. Demi has been a ferocious advocate for mental health and has once again shared deeply personal stories through their captivating music to provide a lifeline for those that along with the singer, keep fighting in the face of adversity.