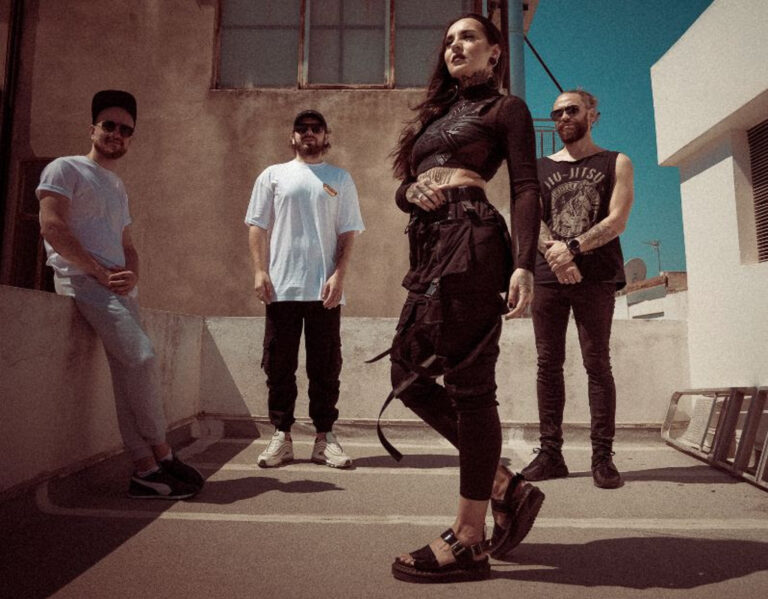 Vended, Space of Variations, and Malevolence are also joining the trek

Progressive groove metal juggernauts JINJER recently announced that with the support of the Ukrainian Ministry of Culture, they were granted a special exemption to exit Ukraine in order to help their countrymen the best way they can – through music – and since hit the road on their just-wrapped European tour.

Now, the band is returning to the U.S. this fall for a headlining tour with very special guests P.O.D. The trek kicks off on beginning October 31 in San Diego, CA and wraps up on December 22 in Los Angeles, CA. Additional support on select dates will come from rising American metal stars Vended (October 31 – November 23)English groove/metalcore force Malevolence, (December 7 – December 22). Fellow Ukrainian modern metalcore unit Space of Variations are tagging along for the full run.

Tickets go on sale this Friday, August 26 at 10am local time. Additionally, Citi is the official card of JINJER’s USA tour, and Citi cardmembers will have access to presale tickets beginning Tuesday, August 23 at 11am EST until Thursday, August 25 at 10pm local time through the Citi Entertainment program. For complete presale details visit www.citientertainment.com.

For VIP packages including a photo with the band, t-shirt, and more, visit www.JinjerVIP.com.

*No Vended
^No Malevolence