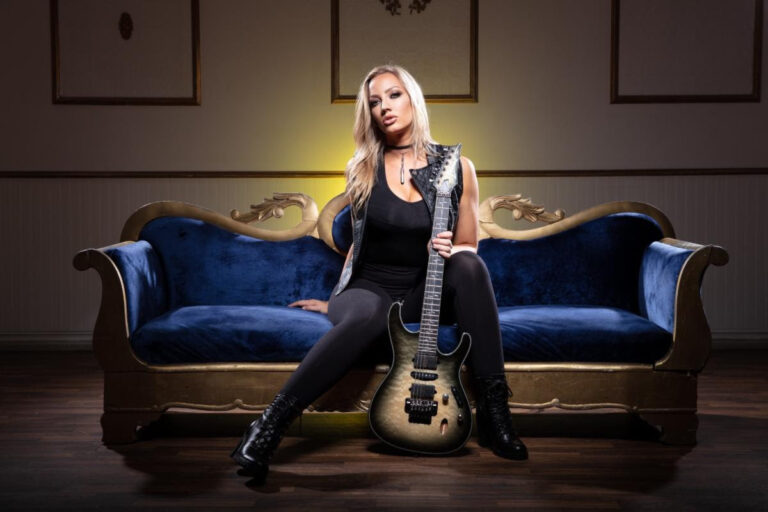 Stream the live video for the instrument track now

“Instrumental music is where my heart is, and ‘Summer Storm’ might be the song I feel captures my personal style the most: cathartic, driving and emotional,” Nita says of the track. “While a lot of the upcoming record will have guest vocalists, I’m also so proud of the instrumental tracks and excited to officially unleash this one on the world!”

Strauss made headlines recently when she announced her departure from Alice Cooper’s touring band.

“After this absolutely incredible run in Europe, it is bittersweet for me to let you guys know that I will not be joining the Alice Cooper band for the upcoming fall tour.” she said in a statement. “I will also regretfully have to cancel the festival dates my solo band had planned for the rest of the year.” She also hinted that she was immediately moving on to a new project. “I’m on a flight straight into the next adventure as I post this, and I’ll be on stage again much sooner than you think!”

Strauss ended up joining Demi Lovato’s touring band. She performed with Lovato on The Tonight Show with Jimmy Fallon on August 19. Strauss will serve as Lovato’s lead guitarist for her upcoming Holy Fvck Tour this fall. Despite joining up with Demi’s band, Strauss hasn’t completely ruled out a return to the Alice Cooper family in the future.