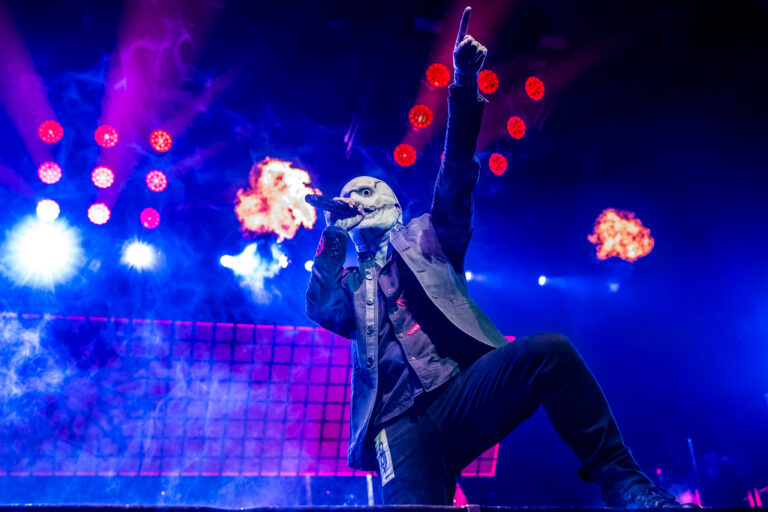 The track is the third offering from their forthcoming LP

Slipknot have revealed another brand new song “Yen.” The track is the second offering from their forthcoming seventh album The End, So Far. The LP is due out on September 30 via Roadrunner Records. Stream the official visualizer below now.

For their upcoming release, Slipknot once again worked with producer Joe Barresi (Avenged Sevenfold, Chevelle, Queens of the Stone Age), who mixed their 2019 mammoth hit We Are Not Your Kind.

Last year, the band released what would be the first single “The Chapletown Rag” and a few weeks ago the unleashed “The Dying Song (Time to Sing).”

Slipknot’s forthcoming album is the follow-up to their 2019 smash hit We Are Not Your Kind. The record debuted at No. 1 on the Billboard 200 and the Billboard Top Rock Albums Chart. The critically-acclaimed album’s lead singles “Unsainted” and “Solway Firth” are widely considered some of the band’s best material to date.

Slipknot are coming off their wildly successful North American Knotfest Roadshow tour, which wrapped up on June 18 in California. The arena run featured a slew of special guests including Cypress Hill, Wage War, and Ho99o9. While it seems like Slipknot are charging into this new album cycle like a raging bull, the title The End For Now… and the fact that the album’s closer is called “Finale” suggest that this might be the last we see of American metal titans for the foreseeable future.

Slipknot are currently on a European tour with special guests JINJER and Vended. The trek wraps up on August 19 with a performance at Pukkelpop Festival in Hasselt, Belgium. On July 30, Slipknot put on Knotfest Germany along with In Flames, Ghostemane, Meshuggah, JINJER, Tesseract, Bleed From Within, Malevolence, Cattle Decapitation, and Vended.

In September, Slipknot will return to North America for another Knotfest Roadshow run with support from Ice Nine Kills and Crown The Empire.