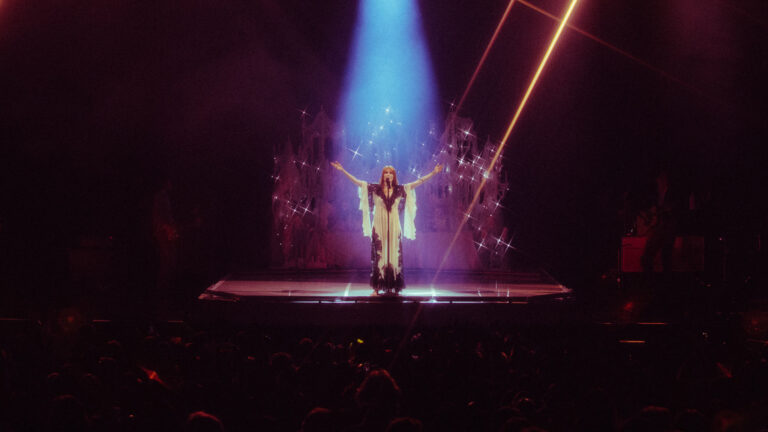 Last night, Florence + The Machine embraced the audience at a packed Amway Center in Orlando. The group is making their way around the world performing live once again. The trek is in support of their latest outing Dance Fever. Back on May 28, the album debuted at No. 1 on the Billboard Top Rock Albums chart. It marked the group’s fourth record to top the chart. Now, Florence Welch and her wonderful band are taking the songs out for a drive on the Dance Fever Tour.

King Princess kicked off the evenings festivities. She is touring in support of her sophomore release Hold On Baby which arrived back in July via Zelig Records. While she pulled some hits from her back catalogue, KP focused on showcasing her new material. In all, she performed six tracks from her latest LP. Highlights included “Upper West Side,” “Pussy is God,” “Talia, and “1950.” She wrapped things up with a strong performance of “Let Us Die.”

Her run with F+TM wraps up tomorrow at the FTX Center in Miami. From there, King Princess is going right back out on the road for her own headlining run. The trek kicks off on September 28 at The Fillmore in Charlotte, NC.Tickets are on sale now HERE.

As the lights came up, they revealed on stage a shimmering setup that looked like the living room of an abandoned Victorian mansion in the offseason. Moving chandeliers hung overhead, and Florence + The Machine took the stage to the sound of deafening cheers. She kicked things off with “Heaven Is Here” from her newest studio effort. Florence is making it a point to premiere her new material on this tour. She pieced together a mammoth 23-song set that included 12 of Dance Fever‘s 14 tracks. Fans were responding favorably to the new songs, and they translated will in a live setting.

Florence showed the audience plenty of jumping and dancing during “Ship to Wreck.” Her energy was infectious. She also took a moment to greet the fans. “Hello, Orlando,” the single exclaimed. Then, she casually asked, “So, how’s everybody been?”

The crowed erupted, letting Florence know that they had missed her dearly.

“Free” was a powerhouse anthem which saw Florence running frenetically back and forth across the stage. Then, she slowed things back down, giving a daring and provocative performance of “Daffodil.” The audience was already enthralled.

She also took a moment to address anyone who may not exactly have come to see the group.

“To anyone who has been ‘brought’ or who is chaperoning and you’re wondering, “What is this? Is it a cult? Is it some kind of British pagan dance ritual? Am I safe? A lot of them are wearing flower crowns, but some of them seem to be crying blood..I don’t know. The rhetorical questions were met with a mixture of laughs and cheers. Florence continued “All I can say is, it’s really so much better if you just give into it, honestly. And really – you will be fine and you’ll make it out alive if you just do everything I say.”

While the term “cult” usually implies a negative connotation, Florence + The Machine fans certainly are a special group. It’s a very tight community built on the love for F+TM and for each other. It’s wild to see so many fans come to a show dressed either as Florence, or dressed in some type of metaphorical interpretation of her music. To say she appreciates seeing it is an understatement.

Florence was intent on making the evening special, and wanted fans to be absolutely present in the moment. She continued, “So, the first thing I’m going to ask you to do Orlando is I’m going to ask every single person in this arena to put their phones away! You’re going to have to help me out here because this is a very big place, thank you so much for coming, but I can’t see everybody so I want you to take a look around and if you can see anyone still with their phone out, I want you to very politely – and you may use a British accent if you want – say, ‘Excuse me, please, would you mind putting your phone away? you look incredible, did you make you flower crown? Is that blood? I love it! But, please, would you mind putting your phone away so we can have a collective experience?”

The singer was intent on creating an environment where everyone could be focused on the show and get lost in the performance with fellow fans.

The crowd was roaring along with her as she spoke with such conviction.

Florence stayed true to her call for a “collective experience.” During “Dream Girl Evil,” she made her way into the pit to get up close and personal with her fans. She held their hands, gently touched their faces, and embraced them as if they had been friends their entire lives. She even gifted a necklace to one lucky young lady. Then, she stood up on the barricade and held another audience member’s hand for support as she belted out the rest of the song. It was an absolutely incredible moment. Florence’s connection to her fans is almost unparalleled.

Other highlights from the set included “King,” “What Kind of Man,” and “Cosmic Love,” among many others.

With the audience yearning for more, Florence and company returned to the stage for a three-song encore. They began with “Never Let Me Go” and the seminal “Shake It Out” from the breakout 2011 LP Ceremonials. They concluded the concert with “Rabbit Heart (Raise It Up).”

Florence + The Machine’s Dance Fever Tour rolls on through October 14. The trek concludes at the Hollywood Bowl in Los Angeles, CA. Tickets for all remaining shows are on sale now HERE. Now, run fast for Florence and grab a ticket. 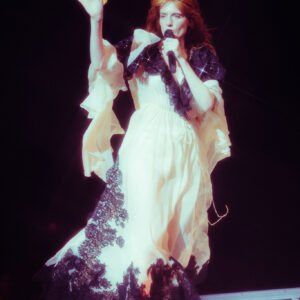 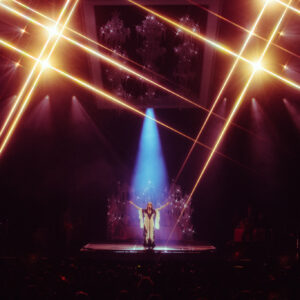 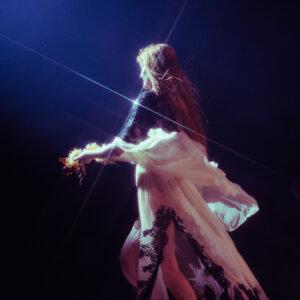 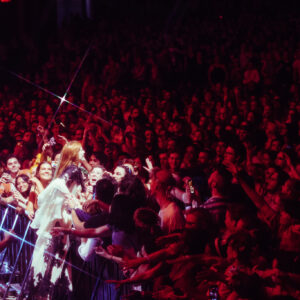 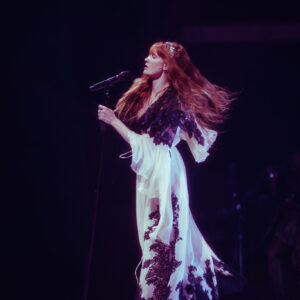 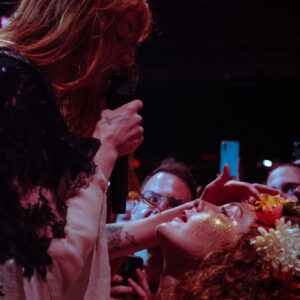 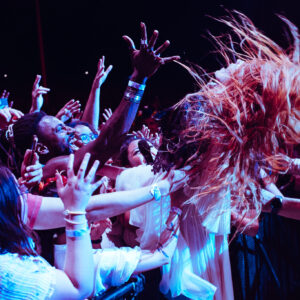 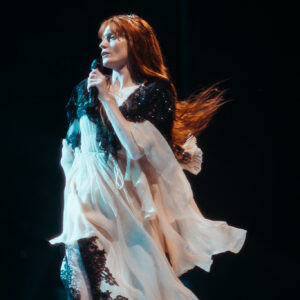 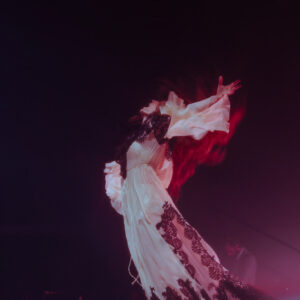 The post Florence + The Machine Deliver a Stunning Performance on Dance Fever Tour appeared first on The Rock Revival.