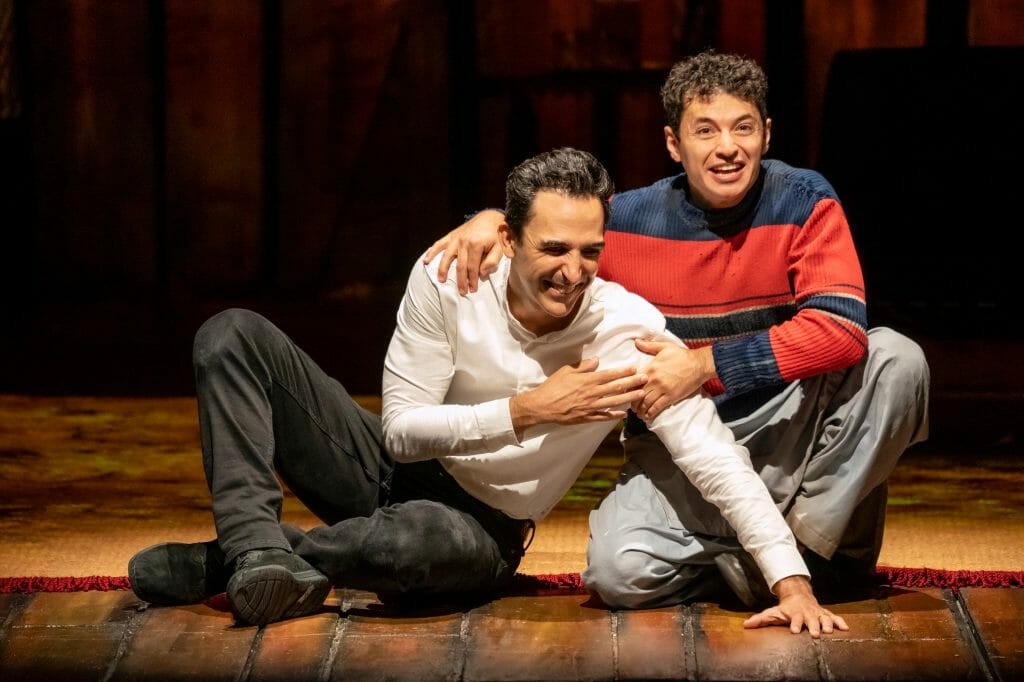 When most people think of Broadway, they think of the glowing lights surrounding the rims of theaters. A crowded but quiet room that will soon erupt into energetic dance numbers accompanied by colorful, radiant costumes and of course, singing. Musicals have ruled Broadway for decades, and oftentimes, audiences forget the resonant power of the spoken word.

The Kite Runner, based on the 2003 novel by Khaled Hosseini of the same name, is a heart-wrenching, ferociously raw spectacle that simply could not be as mesmerizing if it were delivered in musical form. Given the subject matter of the show, a musical adaptation would most likely be extremely tone-deaf and sensitive, following in the footsteps of some other musicals that deal with heavy topics.

The story follows Amir, a young boy growing up in Kabul, Afghanistan, alongside his wealthy father and his trusted servant who has a son of the same age named Hassan. The boys, despite their class differences, play happily throughout their childhood until an atrocious event follows the annual kite tournament, changing the course of both boy’s lives forever.

This event propels Amir into murky waters as an extremely flawed protagonist that can at some points in the narrative, be difficult to root for. However, thanks to the truly captivating performance delivered by actor Amir Arison (The Blacklist, 20 Weeks), a viscerally complicated character emerges that forces audiences to look inward at their own mistakes.

The set is small with the only accompanying music coming from a tabla artist seated on the corners of the stage, immersing the audience into the spectacle before them. The small scale of the stage does not lower the story’s stakes. Viewers are transported into various locations and times throughout history, following one man’s journey to regaining his dignity and building a selfless life for the people who love him the most.

Aside from Arison’s dedicated performance, Faran Tahir (Othello, Iron Man) introduces audiences to a man only ever referred to as Baba(father). His commitment to love, family, and justice despite his discrepancies, allow viewers to dive into the psyche of a man who loses so much and yet never accepts defeat.

Though these are subjectively standout performances, every character is played with astounding humanity. Even when delving into the vicious nature of human beings, not a single actor misses a step in their intonation, movement, and expressivity despite, as mentioned, the extremely sensitive nature of the story.

After fully processing the full gravity of The Kite Runner audiences can think back to other shows, more specifically musicals that have thrown their hat into the “sensitive but relevant topics ring.” While some shows like Next To Normal and Come From Away have managed to portray such topics thoughtfully, some might cringe while remembering more recent failed attempts such as Dear Evan Hansen and Jagged Little Pill.

Though musicals will always remain a staple of Broadway, delivering fun-filled dance numbers and some tastefully written heavy handed topics, plays are truly regaining recognition for how unbelievably fascinating they can be. If The Kite Runner is any indication of what’s to be adapted for the stage, theater fans can expect to be bewildered and enthralled into a world of more authentic, resonating storytelling.

The post If You Have to See One Show on Broadway This Year, See “The Kite Runner” appeared first on Pop Culture Press, part of the Pop Culture Madness Network.