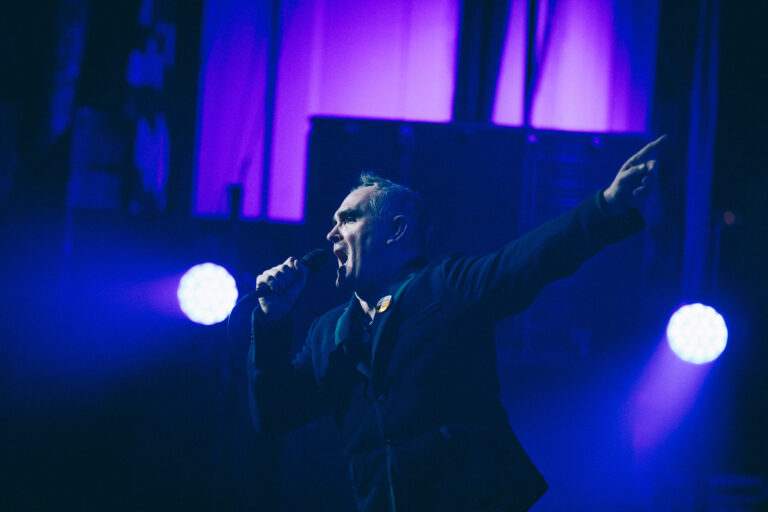 The singer has a new album that’s ready for release

Morrissey is returning to North America this fall for another tour. The trek kicks off at Toyota Arena in Ontario, CA on November 11 and runs through December 4, wrapping up at MGM Music Hall at Fenway. Pre-sale begins tomorrow, September 21 at 10am local time using the code : VERONICA. Click HERE to purchase tickets.

Back in July, Morrissey set up shop at The Colosseum at Caesars Palace in Las Vegas for Viva Moz Vegas, his five-show residency.

Morrissey has a new album that is ready to go; the singer is looking for a label to release it. Last year, Morrissey split with his long-time label BMG. His new album – called Bonfire of Teenagers – was recorded in January of 2021. In May, Morrissey started performing the album’s lead single “I Am Veronica” at his live shows. He revealed more tracks at the Vegas residency.

“The thrill of this album was the speed under which it was recorded, he said in a statement. “Considering the knots of grief I had experience [sic] at the time, it made Bonfire an incredible achievement for me.”