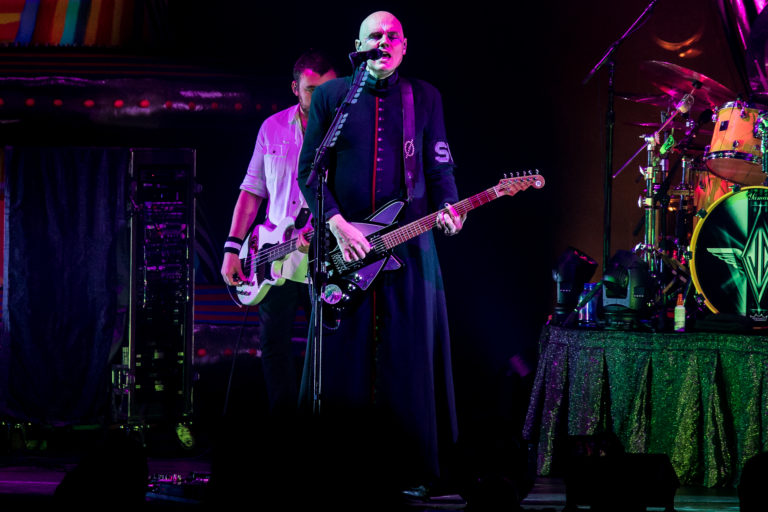 The Smashing Pumpkins have announced a massive new album called Atum. The 33-song outing is a three-act rock opera. It serves as a sequal to 1995’s Mellon Collie and the Infinite Sadness and 2000’s Machina/Machine of God. Stream the album’s first single “Beguiled” below now.

Each act of Atum will be released every 11 weeks. Act 1 is due out on November 15, Act 2 will follow on January 31, and Act 3 arrives on April 21. A special edition box set featuring the entire 33-song collection plus 10 additional bonus tracks will also be released on April 21. Fans can pre-order and pre-save Atum now HERE.

The Smashing Pumpkins kick off their Spirits on Fire Tour with Jane’s Addiction, Poppy, and Meg Myers on October 2.

1. Sojourner
2. That Which Animates the Spirit
3. The Canary Trainer
4. Pacer
5. In Lieu of Failure
6. Cenotaph
7. Harmageddon
8. Fireflies
9. Intergalactic
10. Spellbinding
11. Of Wings