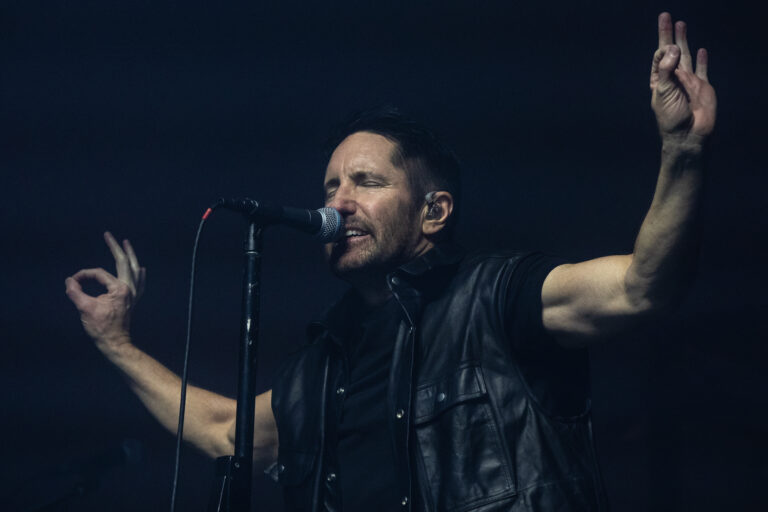 Last night, Nine Inch Nails performed at the Blossom Music Center in their native Ohio. The show was part of a weekend-long celebration of the band’s 2020 induction into the Rock and Roll Hall of Fame. As part of the festivities, former members of the storied act joined the band for the show.

The day before the show, the band held Nine Inch Nails Fan Day at the Rock and Rock Hall of Fame. The event included a special Q&A with the band, including all former members. In 2020, former members Vrenna and Lohner were inducted into the Rock Hall as members of NIN.