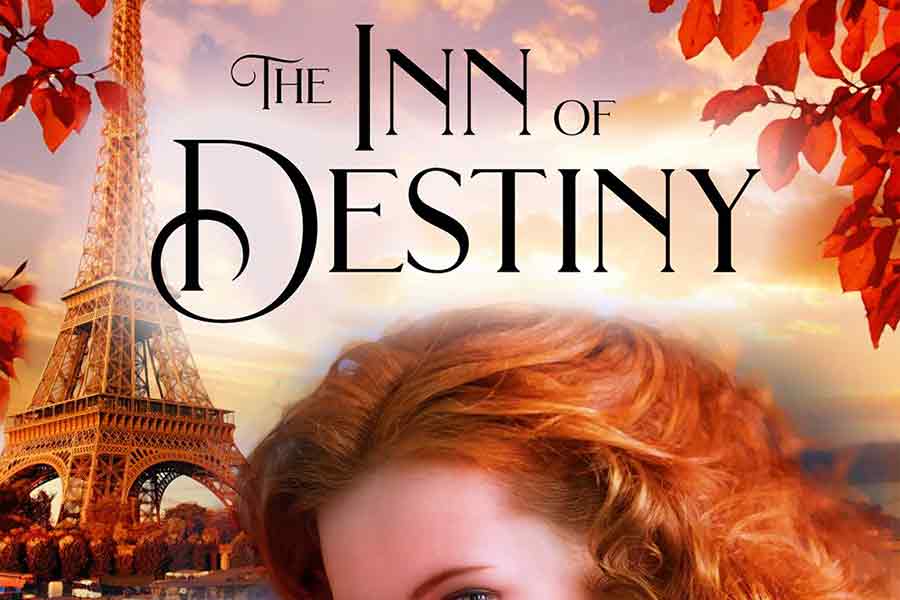 Gene P. Abel may not be what you typically have in mind when you think of a romance writer. Abel himself does not completely identify with this genre but enjoys dabbling in a variety of ideas and stories. From The Inn of Destiny, the subsequent romance/erotica novel to his series Defenders of Time. Abel is committed to sharing his work with the world and showing how combining these genres can make for an engrossing story. His new vocation as an author is a far cry from his experience as a U.S. Army Colonel. Abel is entering the next chapter; leading his life with creativity and the same goal-oriented mindset that allowed him to achieve so much throughout his lifetime, despite tragedies bestowed upon him.

I wrote The Inn of Destiny 22 years ago before writing any other books of different genres. The storyline of the book just popped into my head soon after I retired to care for my late wife Carol who had cancer. I self–published the book and it did not produce any major sales. Several years ago, someone saw my book and said it had a good storyline but needed to be polished. After I became associated with Indigo River, they published “Going Back”, my first-time travel novel. I sent them my manuscript and they agreed to republish it. It had a makeover and professional editing as well as a redesigned cover. In addition, I had my wife, Susan, edit my book to help add a female perspective, especially to the more romantic areas. My late wife Carol, who passed in 2008 from cancer, had earlier edited my book to add a female perspective. They both indicated men do not totally understand women.

Q. Do you wish romance and the supernatural would converge more? Do you think there is a prevalent convergence in today’s literary works?

Q. Erotica/romance is a genre normally written by women. What different takes did you bring to this genre as a man?

Since the plot just popped into my head that is hard to answer. Within two weeks the entire story was in an outline. At least two times I woke up in the early morning (3 AM) and got up to make notes about my book. I guess it is a combination of what men want (more physical activity) as well as the perspective of my two wives.

Q. Please talk about your service as an U.S. Amy Officer.

I guess the most important elements are that as a young first lieutenant I was assigned as a Nuclear Weapons Officer and a member of the Nuclear Release Authority to launch such weapons. The Army War College and subsequent nomination for General Officer also stand out in my mind. My biggest disappointment was not being promoted to Flag Rank (General).

Q. Do you have another book in the works?

Yes. My third Sci-Fi novel, The Aliens Step In is being edited at the present time. I hope to have it launched by the end of the year. This book is the third in my time travel series, Defenders of Time. The first is Going Back, the second book is Kidnappers from The Future. The third book, The Aliens Step In starts as a time travel adventure and introduces direct alien contact as a result of our time travel activities. I think my third book will be the best of the series. I am hoping to attract a streaming company like Netflix to make a series from my Sci-Fi novels. I am currently working with an agent to secure a book-to-movie agreement for The Inn of Destiny.

The post Why Innovative Author Gene Abel Wants Us to Fall in Love with his Romance Novel The Inn of Destiny appeared first on Pop Culture Press, part of the Pop Culture Madness Network.