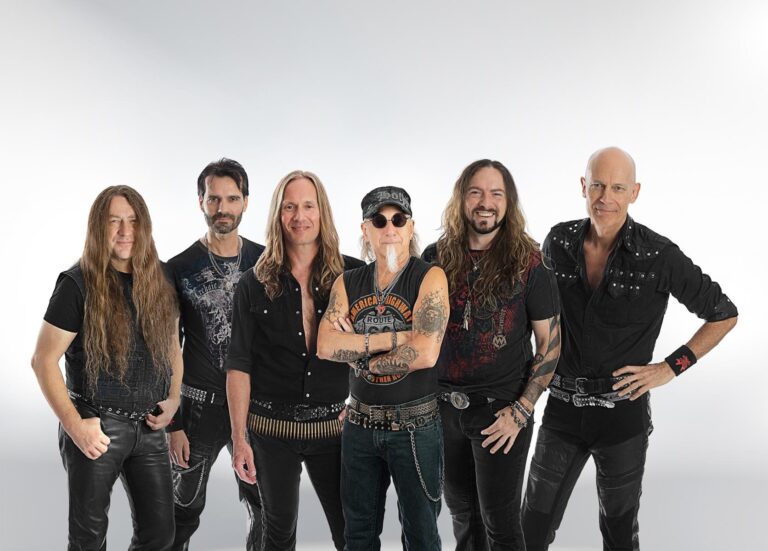 Accept have cancelled their New Jersey tour stop. The German metal titans was scheduled to perform Tuesday at The Landis Theater in Vineland along with special guests Narcotic Wasteland. Accept frontman Mark Tornillo is dealing with vocal chord issues and is on vocal rest until further notice.

As you might have heard, we had to modify our show in Toronto, Canada on October 16. Our singer Mark had developed severe vocal strain over the last week due to a virus infection (not Covid!). Being the trooper that he is, he pushed through three shows in a row, but the doctors now insist he take a break , otherwise the entire rest of the tour would be in jeopardy, as would his voice and health. This morning, with the heaviest of hearts we had to make the difficult decision to call off the concert on October 18 in Vineland, NJ. This is so Mark has time to rest and recover, and we can make sure we can finish the rest of the tour in full force. We understand the disappointment for our fans in Vineland, and we share this too. We apologise from the bottom of our hearts. We strive to put on the best show possible, for every show and want to give you all we can. Thank you for understanding, and we’ll see you soon at a later date!

On October 16, Accept played a concert without Tornillo at The Phoenix in Toronto, ON. Throughout the show, drummer Christopher Williams, bassist Martin Montik, and other members of the band took turns handling lead vocal duties. After the show, Williams took to social media to explain the situation.

“Look, we could have cancelled the show, then there would have been nothing. That’s it, good night, go home,” Williams explained in a statement on social media to The Metal Voice. “Rather than that, we wanted to at least do something for the fans, especially since it’s been so long since the band has performed in Canada.

I don’t sing the Accept songs, I play drums and sing backing vocals. During a show I’m not thinking about the lyrics for the full song, I’m performing. Same with [Martin] Motnik. We tried to do something for the people that were there. We could have bailed out and done nothing.

The situation was a major bummer but we did what we could. I can say this 1000% on record: replacing Mark isn’t an easy task. We still play in the original album key, tuned to standard. We don’t drop tune like a lot of vocalists prefer which makes it ‘easier’ to hit the notes. We don’t use backing tracks, it’s all live. It’s not like Mark can change a set of strings or sticks. We took a shitty situation and did what we could. Mark will be back up there in no time kicking ass like he always does.”

Tornillo joined Accept in 2009, replacing original vocalist Udo Dirkscheider. He recorded lead vocals on the band’s last five studio albums. The group’s latest effort is 2021’s Too Mean to Die. The album performed well commercially, charting in the Top 10 in five countries. The record peaked at No. 2 in their native Germany.

Accept’s Too Mean to Die Tour is scheduled to run through October 29. It wraps up at the King of Clubs in Columbus, OH. The band’s next stop is at Penn’s Peak in Jim Thorpe, PA on October 20. Limited tickets and VIP Meet & Greet Packages for all remaining shows are on sale now HERE.

The post Accept Cancel New Jersey Concert Due to Illness appeared first on The Rock Revival.