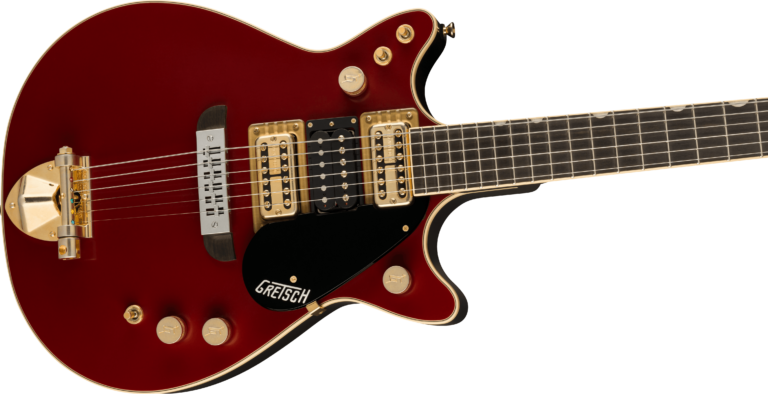 Check out the full specs and a special video below.

Nicknamed “The Beast,” Young used this Firebird Red iteration of the guitar in early AC/DC performances and music videos including “It’s a Long Way to The Top,” before eventually making his own mods and stripping the paint job. To recreate Young’s earliest days with the instrument, the G6131G-MY-RB signature model comes equipped with TV Jones® Ray Butts Ful-Fidelity Filter’Tron bridge and neck pickups that replicate the unmistakable vintage Gretsch voicing, along with an added TV Jones Starwood humbucker in the middle for clear and punchy tone.

The original Beast began life as a simple Firebird Red Jet, and was first bolstered with a middle humbucker retrofitted by Young himself, according to Guitar World. Young later went on to remove both the middle and the neck pickups, leaving just the bridge unit. He also removed the original Firebird Red colorway, leaving the now-iconic natural finish of arguably his most recognized guitar.