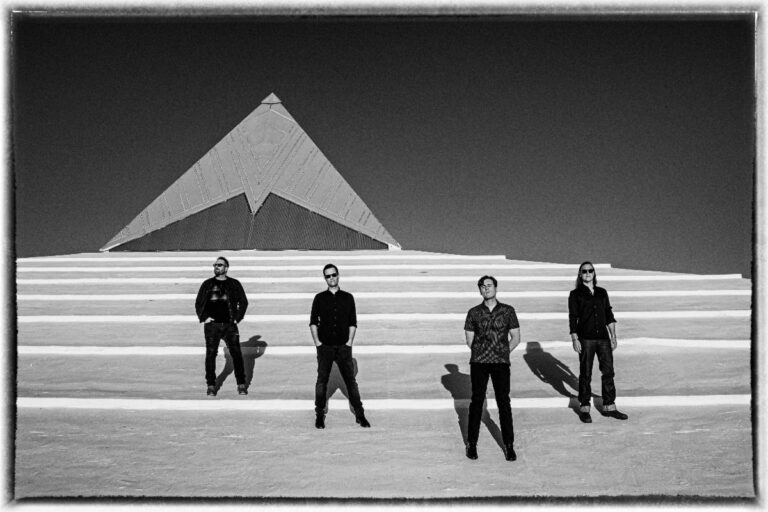 The music video stars and was directed by frontman Jim Adkins

Jimmy Eat World release their hypnotic new track “Place Your Debts.” Stream the official music video, accompanied by a video, directed by and starring The music video stars and was directed by frontman Jim Adkins Jim Adkins, below now.

Co-produced by the band and Justin Meldal-Johnsen, “Place Your Debts” arrives on the heels of the instant classic and Top 20 track “Something Loud” which came out released in June. While the summer anthem continued to garner attention over the airwaves and on the road, Jimmy Eat World followed up and slowed things down with “Something Loud (Acoustic Version)” in late September, serving as a perfect segue to this latest release.

Written in collaboration with Clark Baechle (The Faint) and Denver Dalley (Desaparecidos), “Place Your Debts” opens with an eerie keyboard swell that’s slowly joined by an atmospheric instrumental backdrop for Adkins’ understated vocals and contemplative lyrics.

“The ‘debt’ you rack up is the time you spend avoiding doing the work to know yourself,” Adkins explains. “You buy an ending every time you start something, and the cost is determined by how closely you pay attention to your personal condition.”

For its video, Adkins took a meticulous approach to achieving what he calls a “near-film look.”

“It’s a series of many, many edits of me singing to the camera,” he says. “While every shot is different in terms of background, I’m framed with as close to the same composition in every one.” For the song’s bridge, Adkins turned the camera away from himself toward compelling imagery shot throughout the U.S., U.K. and Europe during the band’s headlining tours.

“It is a concept you can’t really scout for,” he adds. “You have to just be aware and be looking for interesting locations all the time.”

Jimmy Eat World will return to the road this month, playing Oct. 22, 23 and 29 at the When We Were Young festival in Las Vegas, as well as co-headlining with The Maine and others on Oct. 28 in Phoenix. On Dec. 3, they’ll join the likes of Jack White and Muse for the Audacy Beach Festival in Fort Lauderdale. On Dec. 7, they headline DC101-derland with Spoon, The Struts, and Silversun Pickups in Washington, D.C., and Dec. 8 they will headline ALT 104.5’s Friendsgiving in Philadelphia, PA. Tickets for all shows are on sale now HERE.