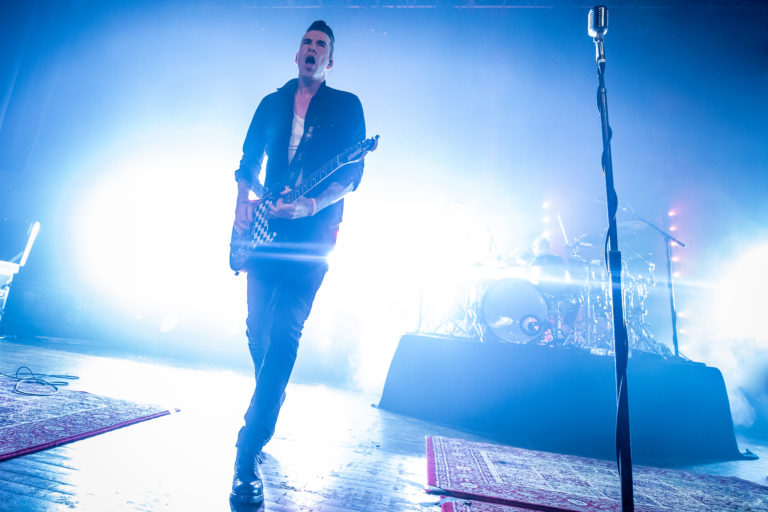 Multi-platinum rockers Theory of a Deadman has returned with their hard-hitting new single “Dinosaur.” The track was produced by Martin Terefe (Jason Mraz, YUNGBLUD) and marks the chart-topping quartet’s first taste of new music since 2020. Stream the official audio below now.

“‘Dinosaur’ takes us back to our roots with this riff-driven rocker,” said frontman Tyler Connolly. “To me, it feels like it could fit on any of our albums, but I will say if you like the old Theory of a Deadman, you’ll love the new Theory of a Deadman.”

“Rock is where we made our bed for all these years,” adds guitarist Dave Brenner. “It’s been a while since we had an up-tempo in-your-face track like this – and it felt good.”

Theory of a Deadman’s last album was 2020’s Say Nothing. It landed at #2 on the Billboard Alternative Albums Chart and #3 on the Rock Albums Chart. The record also featured the chart-topping and powerful single “History of Violence”

As the biggest smash of their career thus far, the latter hit, off their 2017 album Wake Up Call, marked their third #1 on the Billboard Hot Mainstream Rock Tracks Chart and garnered a nomination for “Rock Song of the Year” at the iHeartRadio Music Awards. Their impressive catalogue has also logged two Top 10 debuts on the Billboard 200 and amassed more than 1 billion collective streams on Spotify alone and over 675 million views on their official YouTube.

The post Theory of a Deadman Release New Single “Dinosaur” appeared first on The Rock Revival.