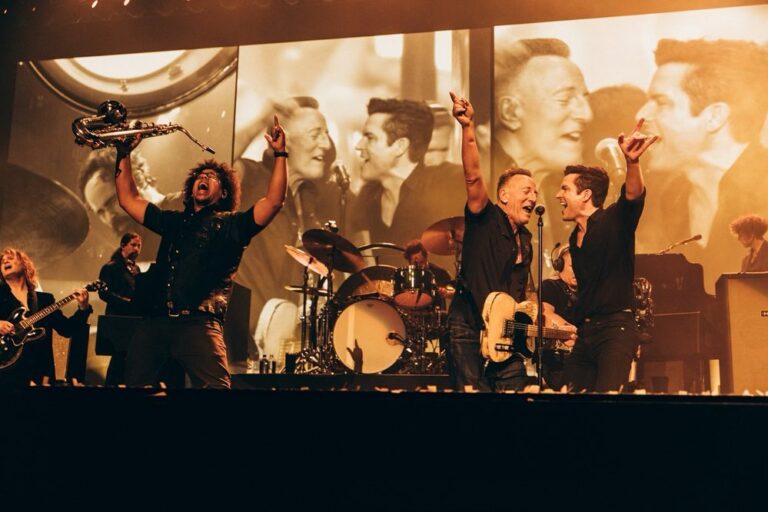 Last night at the legendary Madison Square Garden, The Killers brought out a very special guest – the one and only Bruce Springsteen. The iconic rocker helped the band close out their set by helping them out on “A Dustland Fairytale” and a pair of his own hits – “Badlands” and “Born to Run.”

“I don’t know if you’ve noticed, but me and my friends have been sweating bullets up here all night,” The Killers frontman Brandon Flowers said to the crowd. “Because the boss is here.”

The guest spot doesn’t come as too much of a surprise. Springsteen is a New Jersey native who’s been entrenched in the Tri-State area culture for decades. Last year, Bruce and The Killers hit the studio to record a re-imagined version of the band’s 2008 hit “A Dustland Fairytale.”

Springsteen, who returns to the road next year for a massive world tour, announced his new covers album this week. The Killers’ Imploding The Mirage Tour rolls on through October 10. The trek wraps at the Capital One Arena in Washington, DC. Tickets for all shows are on sale now HERE.