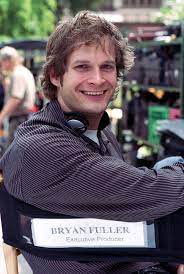 It has been a hot minute since any new material about Friday the 13th has graced our eyes. A lot of that had to do with the court battle between Victor Miller the original writer of Friday the 13th and it’s  director Sean S. Cunningham. With the verdicts being handed out a bit ago, it looks like new Jason material will be released.

The trial has split Jason in two with Victor Miller owning the boy Jason from the first film, and Cunningham owning the adult version of Jason. It’s a twisted case, but at least we get new material about the place where it all began. The series will be titled ‘Crystal Lake’ and will air on Peacock.

Bryan Fuller who has helped create notable tv shows including Hannibal, Dead Like Me, and American Gods will write the show. Miller will act as executive producer. Since Miller owns the rights to young Jason, expect to see the character expand in one way or the other. Maybe we will finally meet Jason’s daddy.

No release date has been announced, but stay tuned.

The post Bryan Fuller And Peacock Are Brining Us A Prequel Tv Series About Friday the 13th Called ‘Crystal Lake’ appeared first on Age of The Nerd.