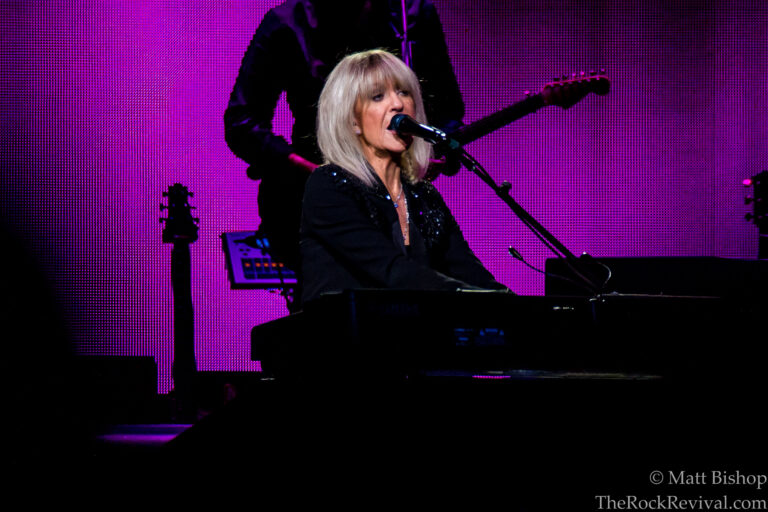 Christine McVie, singer and songwriter of Fleetwood Mac, has passed away. The Rock and Roll Hall of Famer died “peacefully at the hospital” Wednesday following a “short illness.” She was 79 years old. The news was confirmed by her family on social media.

On behalf of Christine McVie’s family, it is with a heavy heart we are informing you of Christine’s death. She passed away peacefully at hospital this morning, Wednesday, November 30, 2022, following a short illness. She was in the company of her family. We kindly ask that you respect the family’s privacy at this extremely painful time, and we would like everyone to keep Christine in their hearts and remember the life of an incredible human being, and revered musician who was loved universally.

“There are no words to describe our sadness at the passing of Christine McVie,” Fleetwood Mac said in a statement. “She was truly one-of-a-kind, special and talented beyond measure. She was the best musician anyone could have in their band and the best friend anyone could have in their life. We were so lucky to have a life with her. Individually and together, we cherished Christine deeply and are thankful for the amazing memories we have. She will be so very missed.”

Christine McVie retired from the band in 1998. The vocalist and keyboardist performed “Don’t Stop” with the group in 2013 at the band’s show in London. That same year, the band performed a one-off at the Times Union Center in Albany, NY to celebrate the 35th anniversary of their seminal classic Rumours album. She officially rejoined Fleetwood Mac for the band’s On with the Show Tour in 2014 after a 16-year absence.

Throughout their career, Fleetwood Mac have sold an impressive 100 million albums worldwide. The band broke out with their 1975 self-titled album which hit #1 on the Billboard Top 200 and spent 37 weeks in the Top 10. Their 1977 effort, Rumours, hit #1 on the Billboard Top 200 and the UK Albums Chart. It has been certified diamond in several countries, and is widely considered one of the greatest albums of all time. In 1998, the band received the BRIT Award for Outstanding Contribution to Music and were inducted into the Rock and Roll Hall of Fame. The band’s last studio effort, 2003’s Say You Will, peaked at #3 on the Billboard Top 200 and #6 on the UK Albums Chart. The disc produced two Top 20 singles for the group.