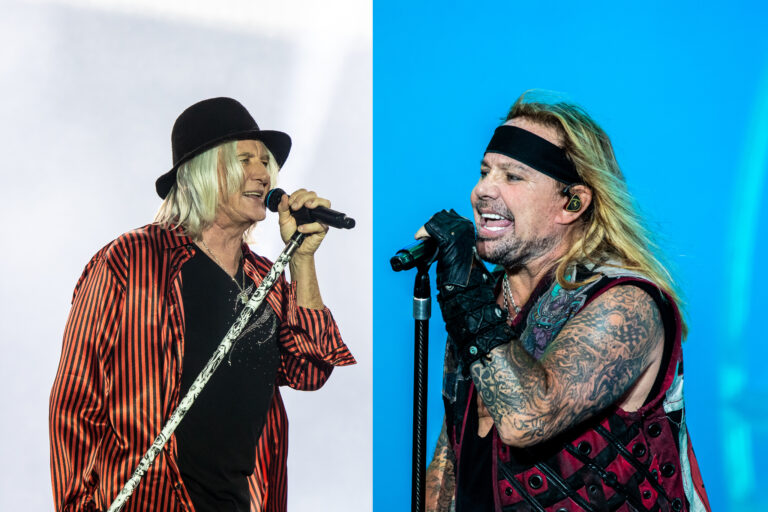 Ahead of their 2023 World Tour, Def Leppard and Mötley Crüe will play a warm-up gig at the Hard Rock Hotel & Casino in Atlantic City. Both acts will perform back-to-back shows on February 10 and February 11 inside the Etess Arena. As with their Stadium Tour this past summer, the bands will alternate headlining slots for the weekend.

Tickets go on sale today, November 29, at 12pm EST HERE. A list of pre-sales can be found below:

After warming up in Atlantic City, Def Leppard and Mötley Crüe will embark on The World Tour – a global edition of their wildly successful Stadium Tour in North America this past summer. The trek kicks off on February 18, 2023 in Mexico City, MX. In May, the European leg begins with a performance in Sheffield, UK. In addition to their own headlining dates, both bands are slated to perform at some of the world’s biggest rock music festivals including Sweden Rock Festival, Finland RockFest, COPENHELL in Denmark, and Graspop Metal Meeting in Belgium.

Last month, original guitarist and founding member Mick Mars retired from touring. For the global run next year, the Crüe have enlisted John 5 to handling guitar duties on the road.

The trek topped Pollstar’s 75Live Chart, which ranks all active concert tours worldwide by the average number of tickets sold. Through the first 11 shows alone, the tour moved 96% of available tickets for an average of 36,934 seats sold per show. The performances averaged a gross of $4.9 million, beating out acts like Billy Joel, Kenny Chesney, Eric Church, Halsey, and more.