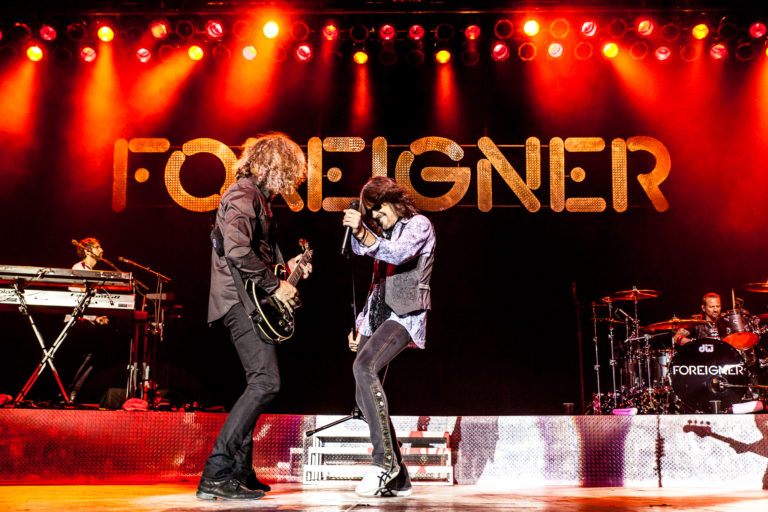 The rock icons’ last live shows are set for next summer

Rock icons Foreigner have announced their final concert tour. The North American leg is set to launch on July 6, 2023, at Atlanta’s Ameris Bank Amphitheatre in Alpharetta, Georgia and wrap up on September 3, 2023 at the PNC Bank Arts Center in Holmdel, NJ. Foreigner will be joined on the run by very special guests Loverboy.

“Many years ago, I wrote a song called ‘Feels Like The First Time’ and today we are launching one last worldwide tour,” Foreigner founder and leader Mick Jones said. “We will be presenting a show that I know will have the same enthusiasm as our very first appearances. The tour will start this summer in America and we hope to get to every place that we have played over the last several years. While I’m sure our fans will have mixed feelings about the end of the road for the band, I know our shows are going to delight audiences everywhere.”

Frontman Kelly Hansen adds, “The time has come. We have more or less lived our lives on the road for almost eighteen years. We have always strived to give you our best and we intend to finish this the same way. Foreigner has a brilliant and increasingly demanding catalogue of songs to sing and I refuse to give them less than they deserve. So, we’re going to finish strong. I want to make it very clear how grateful and appreciative we are to our audiences all over the world who have supported this band. I’m sure there may be occasions when we’ll do some special appearances, but I think the time is coming for us to live off the road. Thank you all so much!”

“I remember how cool the last time we toured with Foreigner was in 1982,” Paul Dean of Loverboy recalls. “We played to massive stadiums – New Orleans, Kansas City, Day On the Green in Oakland, JFK in Philly – and we’re back together again, 41 years later. It’s going to be the Tour of Summer ’23!”

On their final run, Foreigner will continue their long-term initiative with the GRAMMY® Museum Foundation to invite choirs to open the show with a live a cappella ‘Pitch Perfect’ performance of Classic Rock songs. The band will join radio partners across the country to create a contest for local choirs to win donations to their music programs. One winning choir will be selected at each show, and that choir will receive a grand prize of new musical equipment.