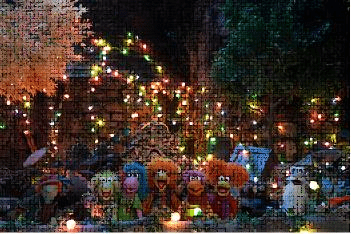 Apple TV+ is ready to help kids and families give thanks and spread holiday cheer with a joyous lineup of new episodes of Apple Original series, as well as the streaming debut of classic holiday Peanuts specials.  Apple TV+ will also provide special free windows for non-subscribers to stream the iconic holiday specials from Mendelson/Melendez Productions and Peanuts Worldwide “A Charlie Brown Thanksgiving” available November 23 through November 27; and “A Charlie Brown Christmas” available December 22 through December 25. These specials are available to subscribers now and everyday.

PREMIERES FRIDAY, NOVEMBER 18
“Fraggle Rock: Back to the Rock” Night of the Lights Holiday Special 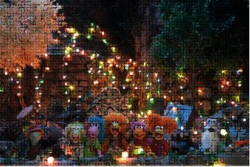 It’s the Night of the Lights, the most Fraggily holiday of the year, and the Rock is filled with songs and cheer. When Jamdolin (voiced by Emmy Award-nominee Daveed Diggs, “Hamilton”) encourages Wembley to make a special wish, the Fraggles head out on an adventure to find the brightest light and, maybe, the true meaning of the holiday. Jim Henson’s fun-loving and musical Fraggles – Gobo, Red, Wembley, Mokey, Boober, and new Fraggle friends – have returned for all new adventures about the magic that happens when we celebrate and care for our interconnected world. From The Jim Henson Company, the series is executive produced by Lisa Henson, Halle Stanford, John Tartaglia, Matt Fusfeld, and Alex Cuthbertson; Dave Goelz and Karen Prell co-executive produce; Harvey Mason Jr. is the executive music producer. The special is produced by Ritamarie Peruggi.
STREAM FOR FREE WEDNESDAY, NOVEMBER 23-SUNDAY, NOVEMBER 27
“A Charlie Brown Thanksgiving” 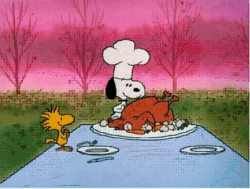 In this Peanuts classic, Peppermint Patty invites everyone to Charlie Brown’s for Thanksgiving, even though he’s going to see his grandmother. Snoopy decides to cook his own version of a Thanksgiving meal with help from his friends. Apple TV+ will provide non-subscribers a special free window to stream “A Charlie Brown Thanksgiving” from November 23 through November 27.
“The Snoopy Show” Happiness Is the Gift of Giving Holiday Collection

In “Happiness Is the Gift of Giving,” Snoopy adapts a Christmas poem to help Sally sleep, Charlie Brown makes gifts for his pals, and Snoopy finds waiting to open his presents a challenge. An Apple TV+ original series from Peanuts and WildBrain, “The Snoopy Show” gives the world’s most iconic dog his close-up and dives into new adventures with the happy-dancing, high-flying, big-dreaming beagle, who’s joined by best friend Woodstock and the rest of the Peanuts gang. Josh Scherba, Anne Loi, Stephanie Betts, Paige Braddock, Craig Schulz and Mark Evestaff serve as executive producers. Alex Galatis serves as story editor.

The post Get In The Holiday Spirit With AppleTv+ Family Holiday Specials appeared first on Age of The Nerd.