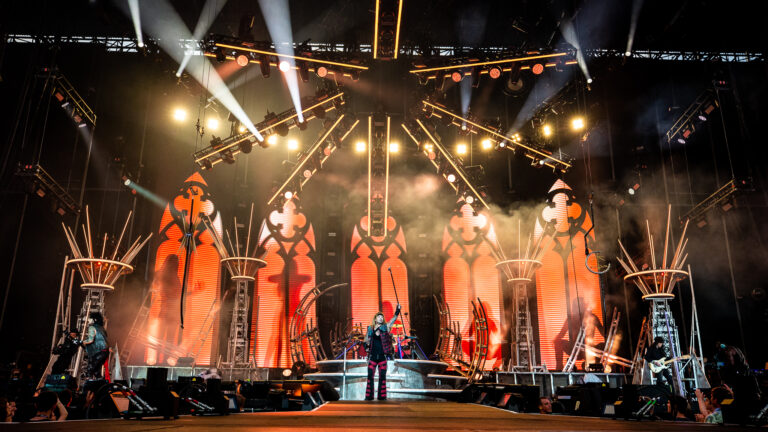 Mötley Crüe have announced the release of a new limited edition box set, Crücial Crüe: The Studio Albums 1981-1989. fThe set featured the band’s first five platinum-selling landmark albums pressed on colored vinyl. The release – arriving via BMG – will also be available on CD. Fans can pre-order now via https://crue.lnk.to/crucialPR. All orders will ship on February 17, 2023.

Housed in a solid black slipcase with foil imprint and only available in this box set. The Crücial Crüe box set will also be released on CD with only 10,000 units of each configuration available globally.

Next year, Mötley Crüe will embark on The World Tour with Def Leppard – a global edition of their wildly successful Stadium Tour in North America this past summer. The trek kicks off on February 18, 2023 in Mexico City, MX. In May, the European leg begins with a performance in Sheffield, UK. In addition to their own headlining dates, both bands are slated to perform at some of the world’s biggest rock music festivals including Sweden Rock Festival, Finland RockFest, COPENHELL in Denmark, and Graspop Metal Meeting in Belgium.

Last month, original guitarist and founding member Mick Mars retired from touring. For the global run next year, the Crüe have enlisted John 5 to handling guitar duties on the road.

Too Fast For Love (White/Black Splatter)

Shout at the Devil (Yellow/Black Splatter)