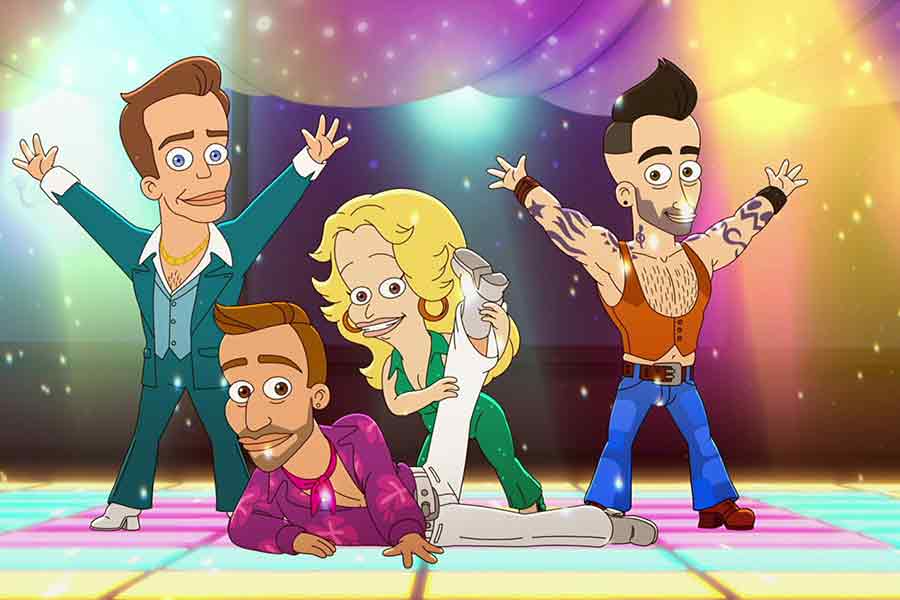 Review of  Season 6 of Big Mouth

The raunchy, gross, and heartfelt Big Mouth is back on Netflix. After an emotionally volatile 5th season complete with the introduction of hate worms and love bugs as well as the release of the spin-off series Human Resources, season 6 is diving into an integral part of any growing, hormonal teenager’s life; family. The series, though gaining a reputation for grotesque and shocking humor, has delivered some surprisingly tender and thought-provoking moments, proving that it’s more than just a zany adult cartoon. The latest season definitely features some tear-jerking scenes and new characters that absolutely spice up the screen but overall, season 6 simply has too many overarching plot threads that are left untied by the cliched season finale.

The familial theme of this season has a lot to offer in terms of humor and social commentary (the show’s favorite combination). From an anthropomorphized country song about the Rice Purity Test (Annaleigh Ashford) to an exploration of gender norms placed upon young children, season 6 further expands upon the seeds planted in earlier seasons and allows characters to explore new parts of themselves but ultimately these narratives conclude in a lackluster format which come off as extremely lazy when considering this show has always existed in a delicate balance between drama and comedy. Perhaps it’s the fact that season 6 only features 10 episodes which is pretty standard for Big Mouth but leaves much to be unanswered especially when this season is dealing with so many serious moments, from generational trauma, to new family dynamics, and divorce.

These are topics earlier seasons have discussed before, but seeing how these issues affect different characters allows viewers to gain even more insight into some of the show’s most infamous characters. Particularly Andrew’s arc feels incomplete which may signify the ever changing status of family but it comes off as evasive and leaves viewers feeling cheated out of a full-circle story, something that season 5 in particular mastered. Speaking of season 5, it may as well have barely happened as some of the most charming characters are now completely absent from the show (perhaps their being saved for the next season of Human Resources). Emmy the love bug has yet to make an official Big Mouth appearance despite her canonically taking Sonya’s place and would therefore be Jessi’s new lovebug. Not only is Emmy not mentioned in this season but neither is Jessi’s crush on Ali which was an extremely prevalent plot point last season.

Jessi and Ali barely interact and the same goes for many of the show’s female characters. Most of the episodes centering around the series’ female characters are dedicated to Jessi adapting to her new family, Missy developing a new crush, and Lola’s Mamma Mia! parody when it’s revealed that she has three possible dads who are hilariously played by Ed Helms, Matt Rogers, and Adam Levine. As for the boys, Andrew is thrown in the midst of an increasingly hostile home environment, Jay and Matthew are together and Jay is trying to stifle his “wolf” side, and Nick seeks out his estranged grandfather (Peter Capaldi) after discovering a shocking secret in a school DNA test. Each character has a clear part to play in this season but by the time the finale rolls around, it feels the audience is essentially back where they started with certain characters. Other characters have a glimmer of an interesting arc like Jessi’s relationship with her new baby sister (Chloe Fineman) but that conflict is seemingly solved in the last episode which borrows its plot from Freaky Friday.

Big Mouth deriving insightful commentary from pop culture is not new, in fact it’s something that the show has done extremely well in previous seasons. Most notably the season 3 episode Disclosure the Movie: The Musical! uses the 1994 film to analyze double standards and commentate on sexual harrassment in again, a shockingly profound way that doesn’t feel gratuitous and instead feels thoughtful. The season 6 finale however, loses its footing because an entire season’s arc is solved in a 25 minute episode rather than being stretched across multiple episodes. The show has weaved themes through episodes that are solved in its runtime but these are usually small conflicts and not the overall season’s focus.

While there are still outlets to explore and actions to be resolved, season 6 leaves much too much to be anticipated and sidetracks many important developments introduced in season 5 and in Human Resources. One of the highlights of the season is in fact when the two shows entwine and we’re introduced to Montel (Cole Escola), Connie and Maury’s hormone monster baby and the first character on the show to use they/them pronouns. Hopefully we’ll see more of Montel in the next season of Human Resources and hopefully season 7 of Big Mouth won’t forget about them. This certainly isn’t a horrible season, the humor is still hilariously outlandish and it’s sweet to see these characters grow even more in the face of family struggles. However it seems that Human Resources is going to surpass its predecessor, narratively and structurally. Some would say that it already has.