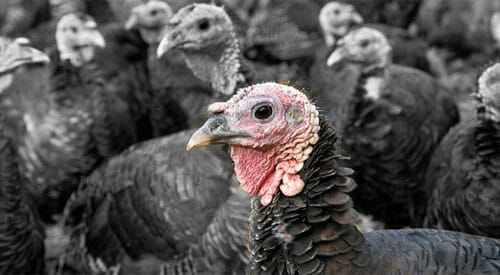 Presidential Pardoning of the Turkeys

Every year before the Thanksgiving holiday, the President chooses a turkey or two that will be spared from ending up on your dining room table. In a ceremony at the White House, one official turkey is pardoned and the occasional gobbler, both presented by National Turkey Federation.

Some say that this tradition started with Harry Truman in 1947*, but it became official in 1989 with President G.W. Bush.
Rumor has it, President Truman ‘pardoned’ turkey as his selected Thanksgiving meal.
Voters choose names for the lucky birds on the White House website or chosen groups of children.

After the pardon, both Turkeys retire at Gobblers Rest at Virginia Polytechnic Institute and State University in Blacksburg.

“Virginia Tech has a long tradition of supporting the turkey industry through research and outreach, so it’s fitting that the Presidential Turkeys becoming part of the Hokie Nation is a new tradition,” said Rami Dalloul, a professor in the College of Agriculture and Life Sciences.
Unlike today’s feast consisting of turkey, stuffing, cranberry and Uncle Ned’s boring stories of Thanksgivings of yore, the original Thanksgiving menu probably consisted of the following items: