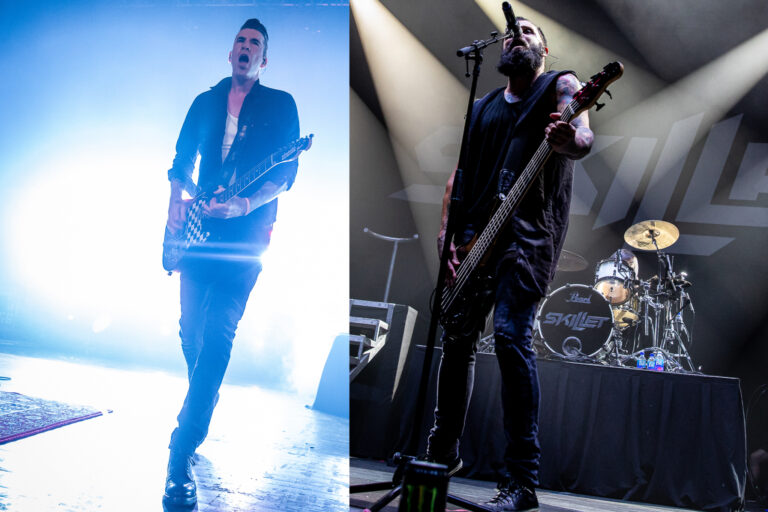 Theory of a Deadman and Skillet are hitting the road together next year on the Rock Resurrection Tour. The trek kicks off on February 17, 2023 at Hard Rock Live in Gary, Indiana and wraps up on March 26, 2023 at The Wiltern in Los Angeles, California. The trek will see the bands perform in The Fillmore in Detroit, Michigan, Main Street Armory in Rochester, New York, Mission Ballroom in Denver, Colorado, and Santander Arena in Reading, PA. The pair will be joined by special guests Saint Asonia.

Tickets for the Rock Resurrection Tour go on sale Friday at 10am local time via www.theoryofficial.com and www.skillet.com.

“We’re super stoked to be touring with our good friends in Skillet and Saint Asonia this winter,” Theory of a Deadman’s Tyler Connolly states. “We’re also really looking forward to playing new material for our fans!”

“We are so excited to be touring with our friends from Theory again!,” Skillet’s John Cooper added. “It’s been several years since our last tour together, and this time we are also joined by our friends in Saint Asonia. We are looking forward to kicking off 2023 the right way by joining forces for a super-charged rock show! Panheads get ready!”

Theory of a Deadman recently released a brand new single “Dinosaur.” The track was produced by Martin Terefe (Jason Mraz, YUNGBLUD) and marks the chart-topping quartet’s first taste of new music since their 2020 LP Say Nothing. The album landed at #2 on the Billboard Alternative Albums Chart and #3 on the Rock Albums Chart. It also featured the chart-topping and powerful single “History of Violence.”

“‘Dinosaur’ takes us back to our roots with this riff-driven rocker,” said frontman Tyler Connolly. “To me, it feels like it could fit on any of our albums, but I will say if you like the old Theory of a Deadman, you’ll love the new Theory of a Deadman.”

“Rock is where we made our bed for all these years,” adds guitarist Dave Brenner. “It’s been a while since we had an up-tempo in-your-face track like this – and it felt good.”

Saint Asonia are releasing their new EP Extrovert on November 18 via Spinefarm. The six-song outing is the follow up to their 2018 EP Introvert. On December 9, the band – which features Staind guitarist Mike Mushok and ex-Three Days Grace frontman Adam Gontier – will release both EPs in a physical package called Introvert/Extrovert. The physical recording will feature bonus tracks as well.

The post Theory of a Deadman, Skillet Announce 2023 Tour first appeared on The Rock Revival.

The post Theory of a Deadman, Skillet Announce 2023 Tour appeared first on The Rock Revival.