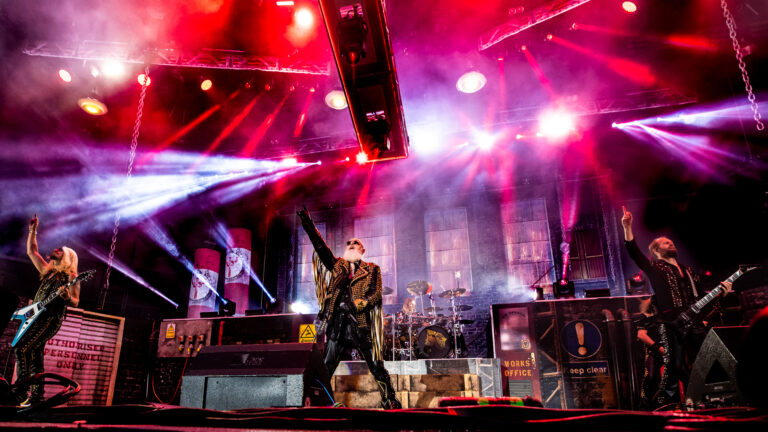 Last night, heavy metal legends Judas Priest reunited with founding guitarist K.K. Downing at the Rock and Roll Hall of Fame Induction Ceremony. Downing, who’s been out of Judas Priest officially since 2011, performed on stage with the band to commemorate their Award for Musical Excellent. The rock icons ripped through a medley of signature songs including “Breaking The Law,” “Living After Midnight,” and “You’ve Got Another Thing Coming.” Check out the video footage above.

Former Priest dummer Les Binks also joined the band on stage for the performance. Binks was a member of Judas Priest form 1977 to 1979. He played on the studio LPs Stained Class and Killing Machine, as well as their watershed live outing Unleashed in the East.

Sadly, the award that Priest as given is not an official induction into the Rock Hall, which only includes to pure metal acts – Black Sabbath and Metallica.

The official broadcast of the entire induction ceremony and performances premieres on HBO on November 19.

Judas Priest are currently touring on the second North American leg of their 50th anniversary tour.