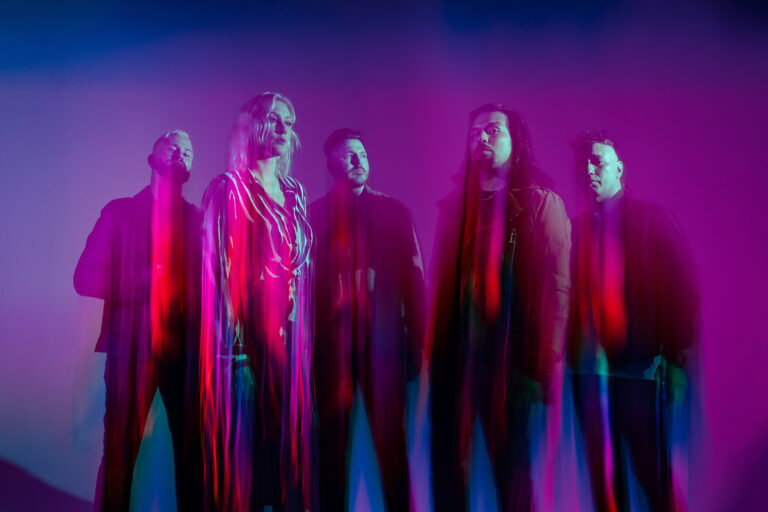 The band is embarking on a huge headlining tour next year

Pop Evil are returning next spring with their seventh studio album Skeletons. The record arrives on March 17 via MNRK Heavy. It will be available on CD, signed CD, signed vinyl, and via digital download. Fans can pre-order and pre-save now HERE. Check out the album art and track listing below.

The band has also revealed the official music video for the single “Paranoid (Crash & Burn)” which can be streamed below now.

“This is about us as a band stripping everything down to the bones,” frontman Leigh Kakaty said. “It’s more uptempo, it’s got bigger riffs, and we’re trying to capture the energy of our live show. But it’s also a positive message. I know it’s a morbid visual, but behind every skeleton, there’s a story and something worth talking about. Overall, it’s about looking at something in a positive way. And I’m excited for everyone to hear that.”

Skeletons sees the band once again working with producer Drew Fulk (Disturbed, Papa Roach, Motionless in White), a friend and collaborator on a few previous albums. Fulk co-wrote “Waking Lions” from the group’s 2018 self-titled album that ultimately went to No. 1 on the Billboard charts and also co-wrote and produced “Breathe Again” from the Versatile album reaching No. 1 on Billboard.

“With Versatile, we had a bunch of producers, but for this album, we just wanted to work with one person and get back to our roots,” says Kakaty. “There’s an energy he and I have, and he’s been great at helping us build these songs and work around some collective themes.”

“Joey’s incredible — he’s made me excited about our live show,” says Kakaty. “I think now we’re really taking it up a notch and I’m excited for the future of the band. We’re ready to show people that rock’n’roll is alive and well.”

Additionally, Pop Evil have announced The Skeletons Tour. Kicking off at the Kewadin Casino in Michigan on the day of the album’s release, the tour will see the band perform in Pittsburgh, Tampa, Atlanta, Nashville, Las Vegas, San Diego, Denver, Chicago, and many more. Very special guests for the trek will be The Word Alive on select dates. Tickets and VIP Packages are on sale now HERE. The band’s VIP package includes: Meet & Greet photo opportunity with the band, early entry into the venue, early access to the merchandise booth, a 20% off merchandise voucher, exclusive VIP Skeletons vinyl, exclusive screen-printed 11×17 poster, emblem printed tote bag, VIP holograph laminate and custom lanyard, and a Pop Evil sticker.

Check out the full tour itinerary below.

* The Word Alive will not be performing
+ No Support