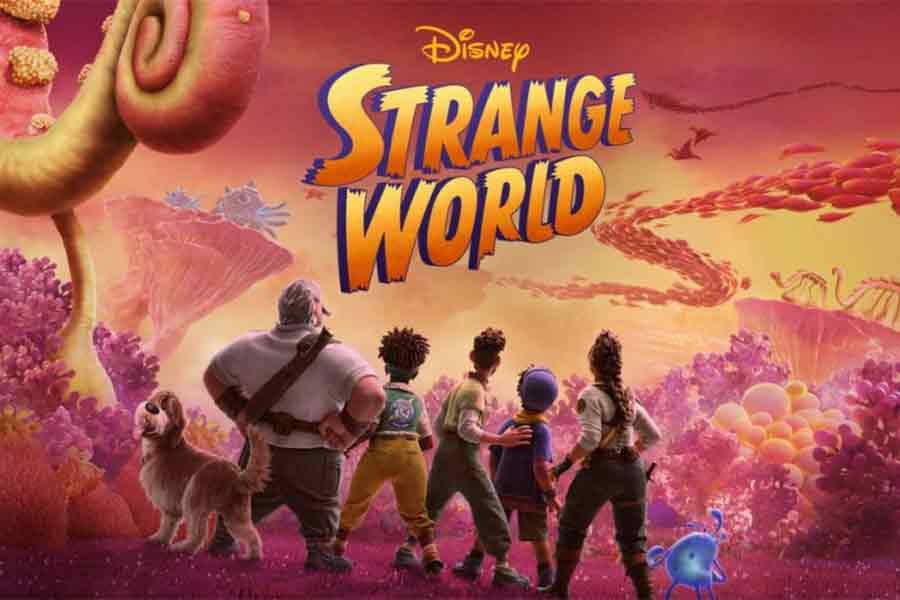 Following Encanto, Walt Disney Animation Studios’ 61st animated feature, Strange World, had a lot to live up to. After the widespread success of Encanto as a vibrant musical and beautiful story, Disney fans were anticipating what was next. Despite initial excitement, it was soon clear Strange World wasn’t meant to ride the same waves as Encanto as the film was severely under-advertised and, as a result, attracted very few audience members during opening weekend.

Strange World has already earned the title of one of Disney’s biggest failures according to Salon.com writing, “Strange World is predicted to go down as one of Disney’s biggest-ever financial failures, with its losses projected to be in the $100 million-plus range”. The movie itself doesn’t offer anything special and in fact recycles many elements from Encanto, most notably the familial aspect.

However, Strange World does feature extraordinary animation, a climate positive message, and (for real this time) Disney’s first openly gay character who actually spends his screen time influencing the plot and interacting with a variety of characters instead of just existing solely to appease Disney’s queer fans who’ve been fighting for representation for decades.

This begs the question, with these progressive implementations, which these days seem to be the antithesis of Disney, was the company purposefully setting up this film to fail? We’ve seen patterns of similar behavior with Disney’s 59th animated feature Raya and The Last Dragon which was also co-directed by Strange World’s director Don Hall.

The film was similarly praised for the inclusion of Southeast-Asian characters and culture despite barely being advertised by the studio and also suffered significant financial ramifications, only grossing $8.6 million domestically in its opening weekend.

Still, a few positive inclusions don’t distract from the extremely generic story, and an even more generic adventure despite the promise of the vast exploration of a said “Strange World.” Jake Gyllenhaal’s character Searcher Clade is about as dull and contrived as his name. Many are praising Gyllenhaal’s performance, unconsciously ignoring the fact that this character’s only redeeming quality is that he’s voiced by an actor many people are fond of.

The star of the show is undoubtedly Ethan, voiced by Jaboukie Young-White, who not only has shattered Disney’s century-long glass ceiling but offers a unique perspective on the group’s new surroundings that proves to not only be beneficial for the plot but also can be applied to real-world events as the threat of climate change rages on.

This is not the first time Disney has contextualized their films alongside prevalent issues, such as Zootopia tackling racism and Raya and The Last Dragon discussing trust and divisiveness but Strange World feels especially pertinent despite the overdone dysfunctional family dynamic getting in the way.

Unfortunately, the conversation surrounding Strange World and Disney’s poor treatment of it remains the most interesting aspect of the film. With the messy pacing of Raya and The Last Dragon, the familial themes of Encanto(though presented in a less cohesive and overall weaker way), and the design and a similar world to Treasure Planet, Strange World serves as a conglomerate of Disney’s weaker moments that can’t be saved by the little charm it contains.

Perhaps if Disney gave Strange World a fair chance in its marketing stages, it at least would’ve been more well received, much like Raya and The Last Dragon, but as of now, this is likely to turn out as one of Disney’s most forgettable animated features in recent years. Regardless, it’s worth a watch, especially if you’re deciding between going out to the theater or sitting through the next corporate regurgitation in the form of a Disney+ special.