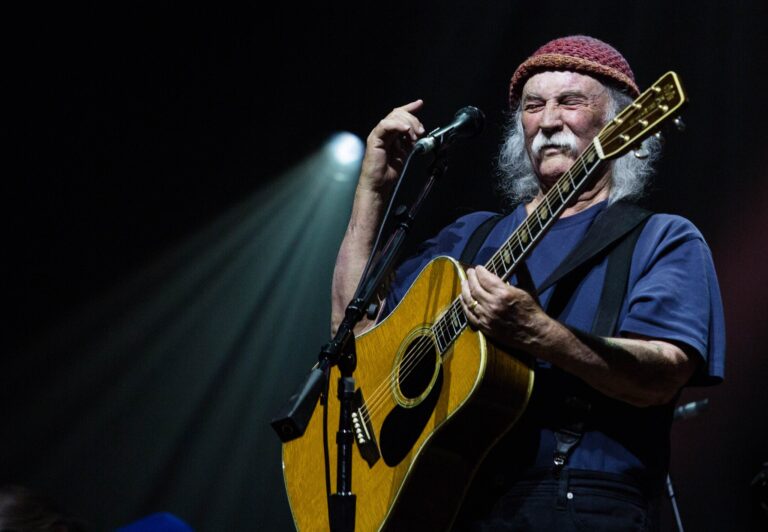 The legendary singer-songwriter founded the Byrds and Crosby, Stills & Nash

Legendary singer-songwriter David Crosby has passed away. The musician was a founding member of the Byrds and Crosby, Stills & Nash – two of music’s most influential acts. He was 81 years old.

“It is with great sadness after a long illness, that our beloved David (Croz) Crosby has passed away,” Crosby’s wife said in a statement. “He was lovingly surrounded by his wife and soulmate Jan and son Django. Although he is no longer here with us, his humanity and kind soul will continue to guide and inspire us. His legacy will continue to live on through his legendary music. Peace, love, and harmony to all who knew David and those he touched. We will miss him dearly. At this time, we respectfully and kindly ask for privacy as we grieve and try to deal with our profound loss. Thank you for the love and prayers.”

David Crosby is twice a Rock and Roll Hall of Fame inductee. He first entered in 1991 as a member of the Byrds. He was inducted a second time as a member of Crosby, Stills & Nash in 1997.

The post David Crosby Dies at 81 first appeared on The Rock Revival.

The post David Crosby Dies at 81 appeared first on The Rock Revival.