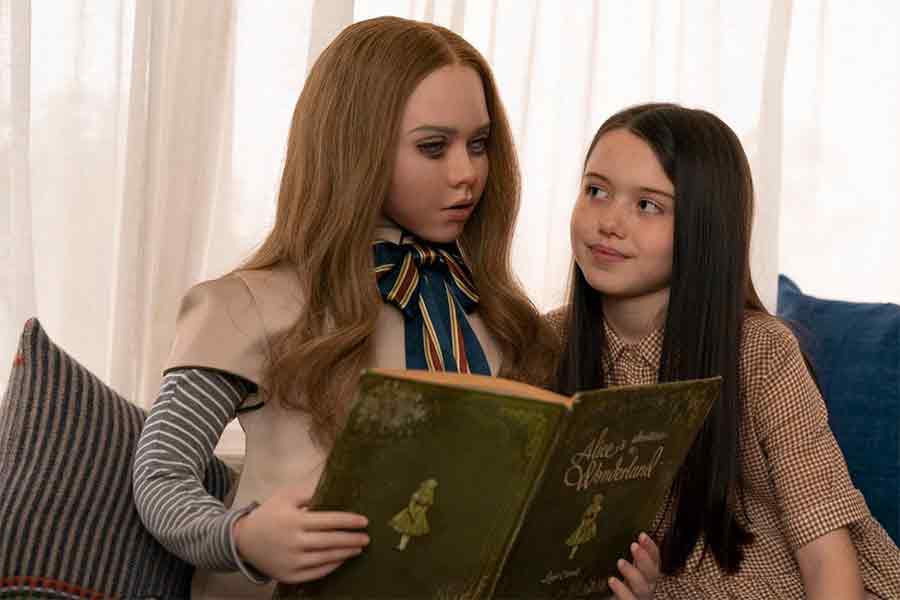 4 feet tall and sprouting a titanium build, M3gan is the latest terror to come out of Blumhouse Productions in association with Atomic Monster. The film was directed by Gerard Johnstone who is most known for his 2014 horror film Housebound.

An AI robot built by robotics genius Gemma (Allison Williams) whose niece Cady (Violet McGraw) just lost her parents, M3gan is now faced with the responsibility of caring for the young girl in Gemma’s emotional absence. However, pairing Cady with M3gan soon veers deadly consequences for those involved when M3gan redirects her objective with more malicious intent.

While the film offers a mediocre score and cinematography, M3gan herself voiced by Amie Donald and Jenna Davis is a delight to watch with her cringe-worthy yet charming lullabies and dancing that attracted many viewers just from the trailer.

Like her iconic toy predecessors Chucky and Tiffany, M3gan’s ability to inflict complete chaos and fear in the lives of those she encounters makes her all the more fun to follow as she terrorizes characters audiences would want to see picked off-and that’s part of the problem.

By making almost every character in the film highly unlikeable, especially protagonist Gemma who emotionally neglects her grieving niece in the beginning of the film, viewers almost want M3gan to succeed in her mission of killing off the selfish, arrogant humans she meets.

Cady is the most sympathetic character in the film considering that she’s a 9-year-old who witnessed the death of her parents as well as being looked after by a woman who was never meant to be a caretaker.

Despite McGraw’s expert performance, her character feels half-baked, especially in relation to M3gan who really is the star of the show. Still, M3gan’s not without her flaws as the film decides to have her true evil unleashed towards the end of the film with no prior build-up other than she just feels like killing people now.

Of course, this is what we enjoy from ruthless robots and dolls who take pride in brutalizing and outsmarting those around them. But when M3gan starts out as a friendly, helpful doll and then turns on a whim with no explanation, the film loses a crucial step in story establishment and pacing.

Many critics of the film have noted that M3gan would have benefited from an R rating much like the Child’s Play films that would allow for more gory and absurd kills, perfectly in line with the film’s tone.

Still, even with its one-note, forgettable characters and missed potential in more bloody kills, M3gan is still a hell of a good time that pays homage to its inspirations as well as providing a commentary on the increasingly technological aspect of toys leaving kids and parents more and more detached from one another.

With a 94% critics score on Rotten Tomatoes, it’s clear that M3gan has made her mark on the world which might even lead to a sequel containing more of a Child’s Play vibe that audiences are itching for.