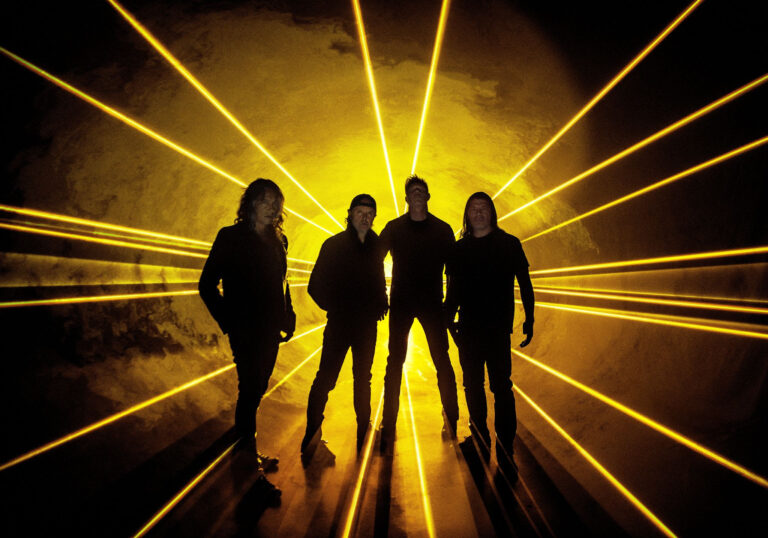 Metallica have released a new track “Screaming Suicide.” The song is the second sampling of their forthcoming album 72 Seasons. Stream the official video now below.

Frontman James Hetfield says of the song, “‘Screaming Suicide’ addresses the taboo word of suicide. The intention is to communicate about the darkness we feel inside. It’s ridiculous to think we should deny that we have these thoughts. At one point or another, I believe most people have thought about it. To face it is to speak the unspoken. If it’s a human experience, we should be able to talk about it. You are not alone.”

72 Seasons arrives on April 14, 2023 via the band’s own Blackened Recordings. Produced by Greg Fidelman with frontman James Hetfield and drummer Lars Ulrich, and clocking in at over 77 minutes, the 12-track 72 Seasons is Metallica’s first full length collection of new material since 2016’s Hardwired…To Self-Destruct. Check out the album artwork and tracklisting below.

The album will be released in formats including 2LP 140-gram black vinyl and limited edition variants, CD and digital download.

Additionally, Metallica are returning to the road this summer. The band previously announced their M72 Word Tour which will see the band perform back-to-back nights at each stop with no repeat performances. In each city, special guests on Night One will be Pantera and Mammoth WVH. Five Finger Death Punch and Ice Nine Kills will serve as support on Night 2. Tickets are on sale now HERE.

For further information including enhanced experiences and more, go to metallica.com/m72-info.

On April 27, Metallica will embark on the trek starting in Amsterdam, Netherlands at Johan Cruijff Arena. After a brief European run, the band will kick off the North American leg on August 4 at MetLife Stadium in East Rutherford, New Jersey.