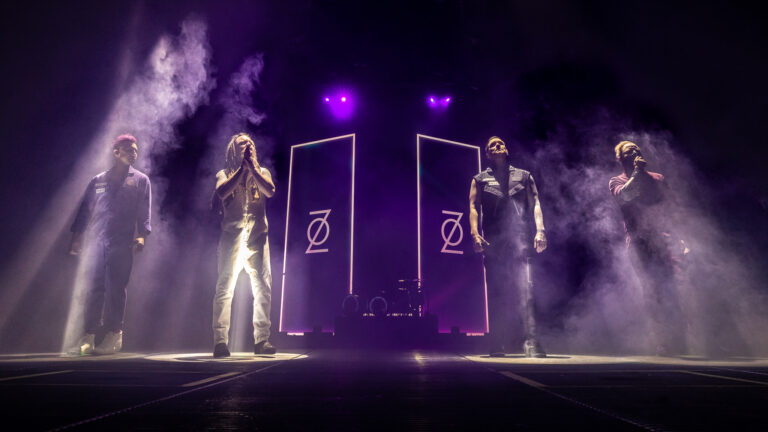 Shinedown are heading back out on the road this spring. The Revolutions Live Tour returns in April with special guests Three Days Grace and From Ashes to New. The trek begins at The Dow Event Center in Saginaw, Michigan on April 3 and wraps up at the Moda Center in Portland, Oregon on May 9.

“It’s been hard to contain our excitement,” the band said in a statement. “We can’t wait to see you back on the road, Shinedown Nation!”

Ticket pre-sales begin tomorrow, January 24th at 12pm EST, running through Thursday, January 26 at 10pm local time. General on-sales start this Friday, January 27 at 10am local time at shinedown.com. Fans can get first access to the band’s exclusive artist pre-sale code by signing up for their newsletter or texting the band: +1 (615) 802-9301.

In addition to their headlining dates, Shinedown are also set to perform at the Blue Ridge Rock Festival at The Virginia International Raceway in Alton, VA in September.

Shinedown’s acclaimed seventh studio album Planet Zero (Atlantic Records), produced by the band’s bassist Eric Bass, arrived last July. The album debuted in the Top 5 on the Billboard 200 Chart and the Official UK Albums Chart, and at #1 on six other Billboard charts including Top Album Sales, Rock, Hard Rock, and Alternative Albums Charts. The band as been touring hard in support of the record, with live shows that feature the biggest production of their career.

The post Shinedown Announce 2023 Tour with Three Days Grace, From Ashes to New first appeared on The Rock Revival.

The post Shinedown Announce 2023 Tour with Three Days Grace, From Ashes to New appeared first on The Rock Revival.