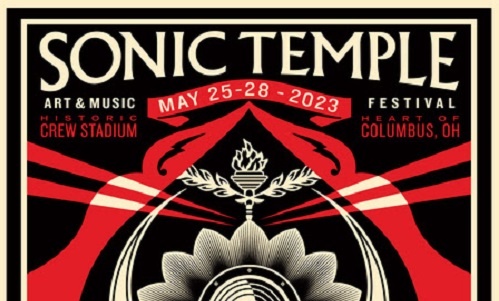 For The Event’s Anticipated Comeback In 2023

Held At The Best Stadium In Rock,

The pinnacle of rock festivals in America is back! After a three-year hiatus, Sonic Temple Art & Music Festival returns to its home at the heartbeat of rock, the Historic Crew Stadium in Columbus, Ohio, Memorial Day Weekend–May 25-28, 2023 — with a spectacular lineup of rock heavyweights that make Sonic Temple’s comeback one of the most anticipated events of the 2023 festival season.

“We’ve always enjoyed playing Historic Crew Stadium in Columbus and are excited to be a part of this year’s Sonic Temple,” says M. Shadows of Avenged Sevenfold. “It’ll be a blast to share the stage with Tool, Foo Fighters and others, we can’t wait to see and play for all of our amazing fans again.”

“It’s great to be coming back to Columbus,” adds Danny Wimmer, Founder of Danny Wimmer Presents. “Foo Fighters, Tool, Avenged Sevenfold, KISS plus 75 more, it’s our biggest lineup ever! There is so much history at Historic Crew Stadium, it truly is the heartbeat of rock for many of us…the excitement surrounding the return of Sonic Temple is unparalleled!”

“We are thrilled that DWP and Sonic Temple are returning to Historic Crew Stadium this year for what will be an enhanced and electric four-day atmosphere,” said Columbus Crew President of Business Operations Kristin Bernert. “We look forward to opening our doors to fans of the amazing acts in this year’s lineup to a place that has long been synonymous with energy and fun in Central Ohio.” 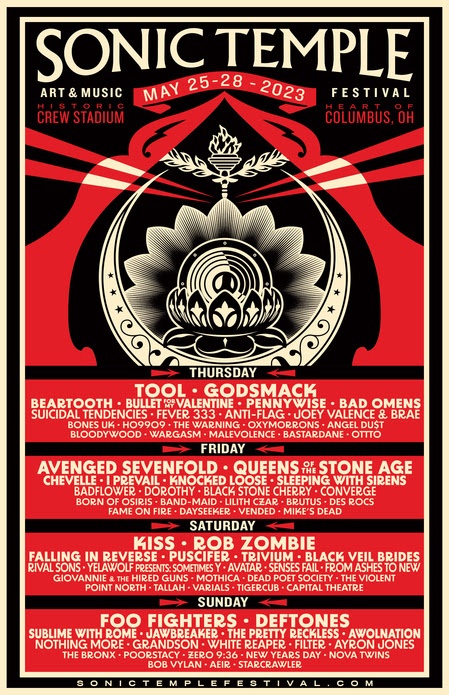 The daily music lineup for Sonic Temple is as follows:

Sonic Temple passes are on sale now. New passes in 2023 include Stadium VIP and the Columbus Owner’s Club (4-day pass). Returning pass options include Field GA, Field VIP and Stadium GA—all available as weekend or single day passes. For a full description of passes and pricing, visit https://sonictemplefestival.com. Prices start as low as $109.99 + fees. And through January 31, passes can be purchased for only $10 down, with layaway payments amortized evenly through April. Passes are also available at DWPSonic.com with “buy now pay later” via ShopPay.