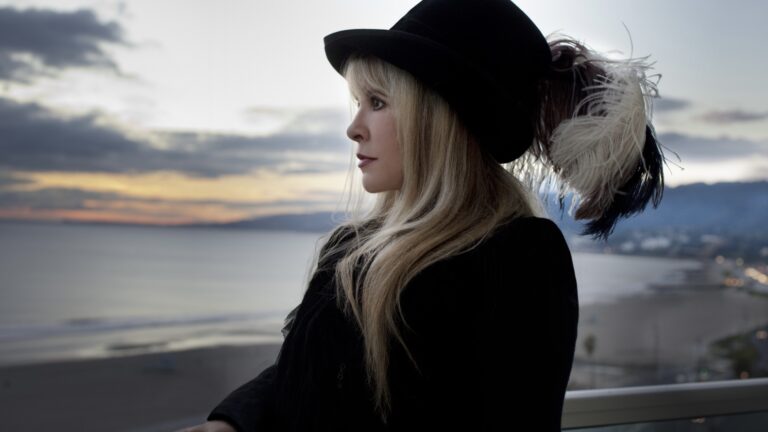 Rock and Roll Hall of Famer Stevie Nicks has added a string of dates to her 2023 touring schedule. The Fleetwood Mac singer has sprinkled in 14 solo shows in addition to her 2023 stadium co-headlining dates with Billy Joel. The tour starts Wednesday, March 15 at Climate Pledge Arena in Seattle, Washington and will making stops in Las Vegas, San Francisco, New Orleans, Atlanta. Nicks will wrap up the run on Tuesday, June 27 in Louisville, KY at KFC Yum! Center.

Tickets go on sale this Friday, January 27 at 10am via livenation.com.

Legendary singer, songwriter and storyteller Stevie Nicks is one of rock and roll’s most successful, inimitable, and groundbreaking artists. As a multi-platinum, Grammy Award winning solo artist and member of Fleetwood Mac, she is the first women to have been inducted into the Rock & Roll Hall of Fame twice and has collectively sold more than 140 million albums. Having captivated audiences for decades with her iconic live performances, distinctive songwriting, and constant cultural influence, Nicks continues to be an inspiration and mentor to younger performers.

A member of Fleetwood Mac since 1974, the band’s enduring spirit stands for an incredible body of music – including Rumours, one of the best-selling albums of all time – that has connected with generations of people all over the world for more than 50 years. In October 2020, Stevie Nicks 24 Karat Gold The Concert was released at select cinemas, drive ins and exhibition spaces around the world for two nights only. The sold-out film offered audiences a virtual front row seat to the magic Nicks brought on her sold-out 24 Karat Gold Tour.