5 Mistakes You Should Never Make as a Landlord Being a landlord has its serious perks. If you own the rental property, than you have a pretty great financial investment. If you were hired on as a landlord for an apartment complex, then you might be living rent-free or at a discounted rate. Either way, […]

The post Five Mistakes You Should Never Make as a Landlord appeared first on PCM Lifestyle. 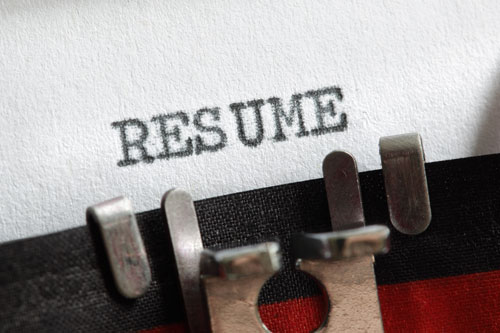 In a tough job market, people will go to some strange lengths to get their resume noticed. While job seekers need to do whatever it takes to get notices, they need to remember that they are still applying for a position in a professional organization. Unless you are seeking a job in a creative field […]

The post Five Outrageous Ways People Have Used to Get their Resume Noticed appeared first on PCM Lifestyle.

Why Peter Ness Trolling Live Blackjack Dealers Must Be Seen Peter Ness is a blackjack player and he has his own site which is dedicated to teaching others how to play blackjack online and offline. He is also known for trolling people and as you can see in this video, Peter Ness, has taken advantage… END_OF_DOCUMENT_TOKEN_TO_BE_REPLACED Tuesday evening at the TLA in Philadelphia started off with an up and coming local band Enstride. These are the nicest most humble group of guys you will ever meet. They came out to the audience after their set and spoke with as many people as they could as well invited the audience to come and hang out with them. Just a great group of guys with an amazing future ahead of them, check them out if you get the chance.

Up next was 3 Pill Morning. All wearing ties and dress shirts. Self described as anthemic rock, which seems to be is quite accurate. The band has a great stage presence. Jeff Stebbins very charismatic … Read More…

The post Concert Review: The Black Widow Tour : In This Moment appeared first on . (PCM) Orange-County based indie rockers The Bolts made a bold move early last month—they changed their name to Island Apollo. Bolder still, the five-some headed north to hipster haven Silverlake  previewing work through their new material as Island Apollo, taking up residency at the gritty Silverlake Lounge for four Mondays in July.

The post The Bolts Transformation Into Island Apollo At Silverlake Lounge appeared first on Unskinny Pop. A woman came up to me at a recent event and asked me that very question. Why don’t I look like my mother? Wow. Is that just another way of saying, ‘why is your skin color so much lighter?’ or ‘how is it you have blond hair?’.

My parents told me that when I was born, people came to the nursery in the hospital and would get into arguments when they saw that Eartha Kitt’s baby was a pudgy, white, girl.

Now, I’m not looking to start a debate about genetics. I’m far from an expert, and really, who cares.… Full Story

(Sponsored) Cash loans online are a recent phenomenon that emerged with the prominence of e-commerce. An online cash loan is a payday loan, or cash advance, that is applied for, processed, and funded entirely electronically through an ACH. A consumer …

The post What is an Online Cash or Direct Deposit ACH Loan? appeared first on The World Of Pop Culture.

After a 60-city tour, Huffington Post columnist, playwright, performer, and international public speaker Josh Rivedal returns to New York City with The Gospel According to Josh—his autobiographical 30-character, 1-man show described as a parable, a mitzvah, and a comedy all rolled into one. Brent Buell directs. Four performances will be staged at The Players Theatre, 115 MacDougal Street in NYC from May 16-18, 2014. Performances will benefit the American Foundation for Suicide Prevention (afsp.org).

By the time he turns twenty-five, Josh thinks he’ll have had the perfect life—a few years singing on Broadway, followed by a starring role in his own television show. After which, his getaway home in the Hamptons would be featured in Better Homes & Gardens, and his face would grace the cover of the National Enquirer as Bigfoot’s not-so-secret lover. Instead, his resume is filled with an assortment of minor league theatre and an appearance on … Read more

The post The Gospel According To Josh also appeared on PCM Reviews.

Loom Ensemble has produced a show displaying a tapestry of circus talent and drama that delighted its audience. In Olympus, directed and written by co-founder Michael Bauer, the leading gods and goddesses of Ancient Greece show their hubris and open disregard for the human race. Bauer’s script, performed for the first time at Dixon Place in New York City (April 10th-12th), seamlessly weaves together the stories of Hephaestus and Hera, Ares and Aphrodite, and Prometheus making for a moving retelling of a few tales in Greek mythology.

(PCM) Halloween is rapidly approaching, and many will spend the month of October watching some scary flicks. Even though people eagerly scour through movies to find that perfect film for the night, everyone has a different opinion on what makes the best horror movie. There are key differences between watching a gory horror movie and… END_OF_DOCUMENT_TOKEN_TO_BE_REPLACED