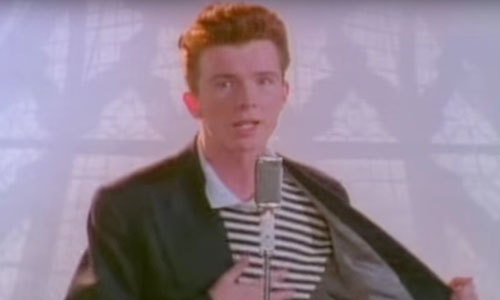 (PCM) We are nearly certain that many, if not all, of you reading this have been “rickrolled” at one point in time, especially if you have spent any time at all on surfing the internet within the last ten years. So, what exactly does it mean to be “rickrolled”? Just how did this ridiculous internet… END_OF_DOCUMENT_TOKEN_TO_BE_REPLACED

The post Have You Been Rickrolled? The Story Behind The Famous Internet Meme And Some Of The Best Clips! appeared first on Pop Culture News.

The post Was Candid Camera The Beginning Of Reality TV? appeared first on Pop Culture News.

(PCM) Parents who were shopping at the Pak n’ Save grocery store in New Zealand are freaking out because they mistakenly fed their children dog treats and are now blaming it on the packaging and store placement. The parents, who were obviously in a hurry, ended up grabbing a box of Scooby Snacks, which are […]

(PCM) Talk about stealing the show! The internet absolutely can’t get enough of a sassy sign language interpreter who was signing for hearing impaired fans during rapper Snoop Dogg’s performance at the New Orlean’s Jazz and Heritage Festival. Seriously, this woman is awesome! The woman’s name is Holly Maniatty and she did way more than just […]

(PCM) Viral ‘promposal’ videos have become all the range these days with teens coming up with unique and clever ways to ask their crushes to be their dates for the prom. One New Jersey teen took things to an entirely new level by being delivered to her junior prom inside of coffin which was housed […]

(PCM) If you’re in the need for a good wholesome laugh to usher in the beginning of the end of the week, look no further than Cut’s video of three sweet grandmothers all smoking marijuana for the first time and …

The post Grandmas Get High and Play Cards Against Humanity, Hilarity Ensues appeared first on The World Of Pop Culture. (PCM) Price Is Right contestant Eliot managed to pull off a feat during his recent appearance on The Price Is Right that few have been able to accomplish.

While spinning the famous wheel, Eliot landed on the $1.00 space not …

The post Price Is Right Contestant Becomes A Viral Dance Sensation! appeared first on The World Of Pop Culture.

Weird Al debuted “Word Crimes” yesterday as the second of eight videos that he is releasing over eight days in promotion for his newly released album Mandatory Fun, the musician’s fourteenth studio album.

“Word Crimes” parodies Robin Thicke’s “Blurred Lines” song and video, which you’re probably already very familiar with if you were alive and conscious during the summer of 2013.

“Blurred Lines” was inescapable; the song was on every radio station and music video channel, leading it to the top of the Billboard Hot 100 and on to become the longest running number one single of 2013 and the … Read More…

The post Weird Al Yankovic Wants You to Learn Your Grammar in “Word Crimes” appeared first on Unskinny Pop.