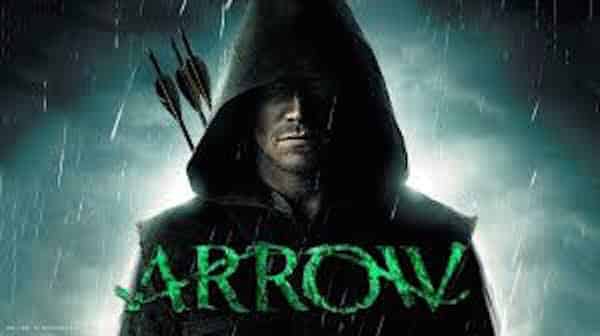 ROY HARPER RETURNS —  Oliver (Stephen Amell) and Thea (Willa Holland) are shocked to hear that Roy Harper (guest star Colton Haynes) is back in Star City.  However, when they discover the circumstances of Roy’s return, Oliver and Thea realize that Roy is in trouble and jump in to save him.  Black Siren (Katie Cassidy) makes a shocking decision.  Kristin Windell directed the episode with story by Christos Gage & Ruth Fletcher Gage and teleplay …

Warning: Spoilers ahead for the Arrow-verse crossover, “Crisis on Earth X”. The CW has made crossovers between its DC based shows a regular tradition, as they should appear at least once per season. Starting from the second season of Arrow, when Barry first appeared as a nerdy forensic expert. Now this year’s epic crossover “Crisis On Earth X” is much larger and more ambitious, especially when compared to last years’ “Invasion”. That’s not to…

(AOTN) San Diego Comic Con is only a few short weeks away and we are constantly on the lookout to see what this year’s big announcements will be, especially when it comes to our favorite TV shows. Many of the networks and studios have already begun releasing their slate allowing us an early look at which TV shows and their casts will be present at this year’s convention. The amazing folks over at The Hollywood …

(PCM) A case of laryngitis has forced Stan Lee from his planned appearance and autograph sessions at SDCC 2014, according to our friends at the Hollywood Reporter. Fans can still expect to see a ‘Stan The Man’ cameo in next week’s Guardians of the Galaxy, although he had nothing to do with the creation of that particular Marvel franchise.

Warning this article reveals every spoiler in the pilot! Stop here and do not read if you want to watch the TV show without anything spoiled.

(PCM) The Flash Pilot is good television, but let’s face it. You want to know what parts of the real DC Universe made it into The Flash pilot.

(PCM) This article is a two-part review. Part one is spoiler free. Part two allows you to read the in depth details if you want a hard core explanation and to go egg hunting.

The Flash is coming to the CW (CBS Warner Brothers) network October 7, 2014, but in this Internet age it’s already here. Someone leaked a screener copy …