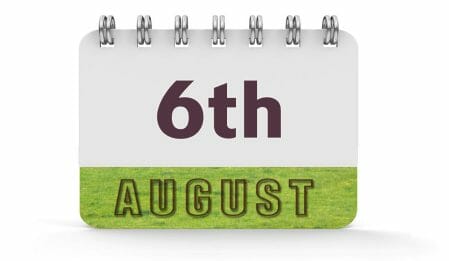 2013 – NASA programmed the Curiosity Rover to sing itself “Happy Birthday”, on the anniversary of it’s landing date August 6, 2012.

1890 – At Auburn Prison in New York, William Kemmler was the first person to be executed by electric chair.